Costa Rica News – It seems that the OIJ, the only legit law enforcement body in Costa Rica, is finally stepping in to try to clean up this border trail nonsense.  With government officials pointing fingers at each other and sending everyone on a wild goose chase chasing each others’ tails, it looks like OIJ and a judge are sick of it. 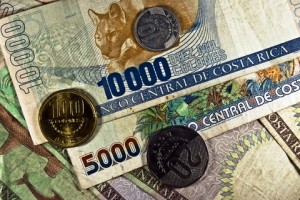 A criminal judge authorized the OIJ to take records of trips made by the officials in charge of the border trail by three Conavi entrepreneurs hired for this project.

The Criminal Court of the Second Judicial Circuit of San José ordered to gather data on airline Spirit Air, American Airlines and Taca.

This is stated in a resolution issued on July 13 by Judge Esteban Quirós Pastrana, in response to a request from the Office of Integrity and Transparency, which is investigating the project.

Rivera is the representative of the firm 3-101-615239 and Castle of Santa Cruz El Coloso CSC. Meanwhile, Baralis invoiced its name.

In June, this media reported that Serrano and Ramirez traveled in May 2011 in Florida, USA. UU., With three of the contractors who billed nearly ¢ 5,000 million in the project.

José Miguel Villalobos, attorney Conavi officials and Baralis Castillo, was in full agreement with the data is obtained. He said he will show that “nobody invited anyone”, so there was no royalty.

He explained that the trip was made after completion of the first stage of the project (December 2010 to April 2011), when no one knew that the work would be resumed in September 2011 to continue the trail toward Los Chiles.

The lawyer added that there was a second trip to the U.S. in December, but did not say who was involved. One said that everyone traveled with their families and themselves.

Roy Villalobos, lawyer and Muñoz Rivera, also said they have no problem in that the prosecution make inquiries as well will realize the reality that each paid their expenses.

He replied that he agreed to go with other entrepreneurs with the idea of knowing a specialized machinery that might be interesting, but was surprised to see at the airport officials Conavi. Also showed documents showing that he paid his ticket online and denied having financed the ticket to someone else.

The court order also involves the lifting of tax of 35 companies that worked on the construction of the trail border, which were raided last May in the midst of the same investigation.

In addition, he lifted the banking secrecy Serrano Ramírez, the former director of Conavi Monge Carlos Acosta and Rivera and Baralis.

José Miguel Villalobos endorsed the measures and said he will prove that here “rumors become a source of law.”

If they were only searching one place then I would say they are not going to find anything, but in all the areas they are searching something is going to come up.  The first person to have incriminatory evidence against them is the one that is going to take the fall for everyone. Just watch and see.