Costa Rica News – Well the abyss of false claims and trumped up charges from the Costa Rican government continues.  You have to love a legal system where in order to get world media exposure, Costa Rica charged Captain Watson with a crime that is not a crime in Costa Rica.  Nice! 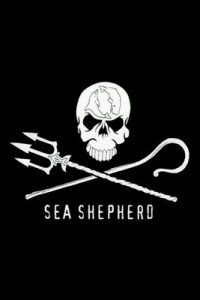 The founder of the Sea Shepherd Conservation Society says Costa Rica has charged him with a crime that doesn’t exist in that country because it’s being a “serving boy” to Japan, which wants him extradited.

Costa Rica charged Paul Watson with endangering a Costa Rican fishing boat in 2002. He has been on the run for a year in order to not be put in a Costa Rican prison where he will most likely be killed.

Watson said Wednesday in a telephone interview aired on Costa Rica’s Rainforest Radio that his lawyers told him the crime doesn’t exist in the Central American country.

He said he suspects Costa Rica wants to help Japan capture him in exchange of economic aid.

Don’t they get enough aid from China?

Watson and his group have repeatedly clashed with Japanese fishing fleets they accuse of illegally hunting whales, sharks and other endangered sea animals.

Costa Rica you are not a green country looking to protect the conservation groups, you are only out for you own wallets being filled.

Costa Rica you cannot even clean up your rivers…….how can you call yourself environmentally friendly and keep a straight face?

It means a lot to Japan to get Captain Watson,
Why else do you think they invited lady prez Laura to a state visit complete with state dinner with the Emperor, at his palace and who knows what other goodies offered under the table. Presto, she’s now their willing acolyte in this charade. Shameful!.