USA News – Well the good news is reading levels are not just low in Costa Rica, they are dropping in the USA as well.  So as the world turns to internet and TV for entertainment instead of reading we will continue to see reading comprehension abilities drop. 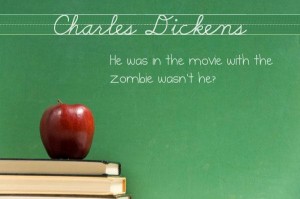 Coming in with an average SAT reading score of 496, 2012’s graduating seniors have the dubious distinction of having attained the worst reading score since 1972. (For those test-takers of a certain age and test-taking history, “reading” is actually that part we knew as “verbal.”) Regardless of what you call(ed) it, “The average reading score for the Class of 2012 was 496, down one point from the previous year and 34 points since 1972,” reports The Washington Post’s Emma Brown, gleaning numbers from the College Board, the organization that administers the test.

What’s troubling beyond the low average score is that seniors’ scores in “writing,” a section related to “reading” and for most of us, life in some way or another, also dropped—to 488—a decrease of nine points since the College Board started testing for it in 2006. So what gives? Are future generations illiterate? Is the SAT too hard? As Po Bronson wrote for the Daily Beast in 2009, “It’s commonly said that the SAT, taken in a senior year of high school, has only about a 40% correlation with a student’s freshman year college GPA.” The line of thinking implied by that statement is that numbers are just numbers, to some extent, and not predictors of future successes, necessarily. They are general predictors of who will get into which colleges, though, and Bronson goes on to defend the SAT, writing, “I’ve always had a skeptical feeling about the 40% correlation statistic, and so I’ve never relied on it or used it in print.”

Brown writes that the reading scores may have been affected by minority test takers, who came out and took the test in record numbers: “The declining national reading averages may in part reflect the ever-widening pool of students who take the SAT, first administered in 1926 to a few thousand college applicants.” She continues, “More than 1.66 million graduating seniors last year took the test, the highest number in history. Nearly half were minorities and about a quarter reported that English was not exclusively their first language. More than a quarter of public school test-takers — 27 percent — had family income low enough to qualify for a fee waiver, and more than a third — 36 percent — reported that their parents had not gone to college.”

More kids taking the SAT is probably a good thing, though the sweeping assumption that minority test-takers are naturally worse than their non-minority counterparts at the “reading” section doesn’t tell the entire story. As Bronson wrote, “It’s still worthwhile to explore why people succeed, both at school and in real life.” The reverse is true, too.

BY ALEXANDER ABAD-SANTOS, The Atlantic Wire