Ghosts & the Supernatural – Stumbling through a mystical universe, filled with stars and jewels, I am enraptured with the beauty of this place. It is not so far away, yet it exists in multiple dimensions and times. My mind guides me to a library of information. I can read it by the touch of the temperature on my skin. I can absorb it like knowing what a smell is, a color stands for and where a dream exists.

“Somewhere in the ancient future is sapphires that come from Saturn”… The text plays out on multiple screens and the knowledge is digitally spread. I am here now in that room with this mana. I have suddenly pulled into a sanctuary with many others who are waiting to connect in this realm, together to learn. We step out of our realities by piecing together the secrets of a special existence.

The words pass on through us like a wheel, cycling and leaving behind tracks from where to guide us. My third eye sees past all the basic patterning of human understanding and pulls together the clues, which must be found. Well what path do we lead to next on this timeline? May we move forward together now?

There are many shimmering dances of a jewel all around. Life stands before me in a vision, behind me in memory and inside of us, it glows. The light sparkling and moving reveals the sacred geometry. Bows of fonts are written all over the walls. Now we read the darkness as well, while we are deciphering the words of the gift bestowed by someone much wiser than us…

There are many different ways that we can work to improve our lives for the better. One such way is to wear certain gemstones to draw luck towards us. If one is not careful and misunderstands their fortune, misfortune can also be had as well. However, the prosperity and wisdom that they could bring is worth the risk if we are in need of this. Therefore, a large purchase such as jewelry should be well thought out, including the condition of the pieces. It is thought worldwide that, for 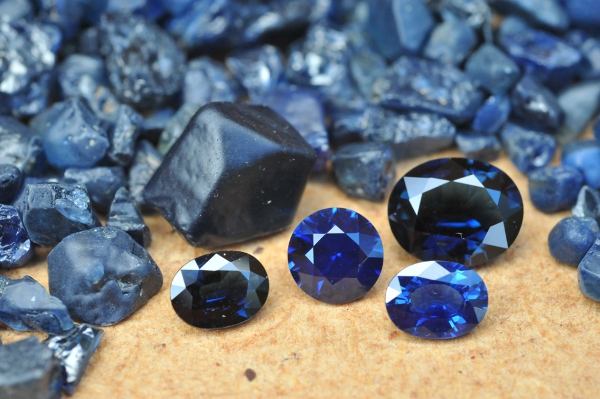 astrology gemstones, it should be as spectacular in form as possible to avoid any issues.

Each type of jewel is known to bring strength to separate areas in our lives. It is best to study them to better understand. For instance, Sapphire is known to help with intuition and also wealth. For someone that works hard, it is good to always have this gem near, in order to efficiently collect the maximum profits. In Vedic astrology, it is known to balance the crown chakra, which is where we communicate with the divine realms. Similarly, it is associated with the planet Saturn.

Saturn, in astrology, is the force which deeply defines a person’s life. It marks a soul with meaningful moments, which can either scar us or embrace us into our future. It is known as a karmic energy. It is a ruler over faith and time. When this celestial life comes and goes, it impacts us in such a way that we will learn many important life lessons. It is a giant god itself, with a full force of 62 moons orbiting its vicinity. Similarly, a Saturn return is the period in a person’s life in which it returns to the place it was when we were born, bringing tremendous changes into the forefront.

A sapphire is a gemstone that is typically blue. If it is found in another tone, it is referred to as “fancy.” However, many different variations do exist. The only color that is not natural to be found is red. Sapphire is a type of mineral named corundum and the counterpart would be the ruby. The color is made up of different substances such as chromium, copper, iron, magnesium and titanium levels. This leads to the spectrum of shades on the surface level.

The most notable significance offered up is of spiritual matters. It is a charm worn in jewelry and other decorated pieces to bring about good luck in such matters as health, law and protection. Avoid the green shade as this is thought to be a negative antidote. Many superstitions revolve around this gorgeous treasure from ancient times that are still told today. It works best for those who are pure of heart and innocent.

Americans have named this jewel as the birthstone of September. It will bring those born in this month so much joy. It is similarly used to honor the planet Venus, which rules over Libra, whose reign begins on September 23 and ends October 22. Libra is the seventh sign in the zodiac and in the moments of mass belief in ritualistic celestial timing, the planet Saturn was thought to be the seventh in line from the sun, instead of the sixth, (when people thought that the moon was a planet). Interestingly, The Goddess of the Golden age is the good hearted Astraea of the stars, who is born in Virgo, which begins August 23 and her very close ties are to Dike, the goddess of social justice and movement of forward thinking. She is represented as the scales.

In ancient Roman mythology, Saturn is the god of agriculture, dissolution, liberation, time and wealth. In Roman culture, he was celebrated profoundly in the month of December with a festival called the Saturnalia. It was a time to give each other gifts, appreciate the richness of the spiritual world and to be merry. Because of the high praise and worship, the day Saturday is so named for this reason. It is the part of the week that traditionally we find the time to appreciate our freedom and servitude to others.

Saturn’s father is Caelus (Uranus) and his mother is an Earth goddess also known as Gaia. He took a wife know as Ops. She birthed him several gods, also known as Ceres (goddess of plants), Juno (protector of women), Jupiter (the god of sky and 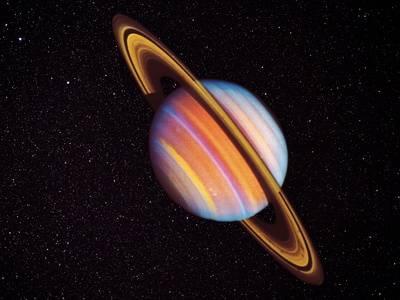 thunder), Neptune (god of the waters), Pluto (god of the underworld), Veritas (goddess of truth) and Vesta (goddess of the hearth and home). Because it was prophesized that Saturn would have a child that would be greater than him, he ate up all his children, except Jupiter, who was hidden away by his wife. She fed him a stone instead, fooling her husband, which caused him to vomit the children back up. Hereafter, Jupiter was the one to overthrow Saturn, who had previously taken the crown from his father Uranus.

Saturn’s reign was widely popular during a peaceful and prosperous reign, called the Golden Age. Life was abundant and merry. Many lived with the gods in passion and vitality. There were many moments of happiness and joy. He is often depicted as an old man because during this era people were known to live long years very easily. He also holds associations as father time. His popularity was so great that the planet Saturn was named in his honor and beauty.

In dreams, jewels are known to portray the riches of life. This can mean anything from a sexual pleasure to business dealings and luck. The color richness is important as it identifies with the level of energy being dealt here. Whatever happens to the gemstones in your dream will deeply speak on many subconscious points as to the destiny within us.

People who see their selves wearing these treasures will need to identify what part of their body it is associated with to better understand. A sapphire on the wedding ring finger may speak to a special promise, while one worn as a pin may mean an improvement in ranking, whether social or career wise. There are several interpretations to consider.

In particular, a sapphire stands for loyalty, good fortune and spiritual wisdom. It is usually attributed to all positive things such as an increase in money, status and title. This is only true except for in the cases of arrogance as it could be our subconscious telling us to make a change for the better and take notice of the non-material world, as we are possibly focusing too much of our time on nonsense. It can also signify a death may be at hand but an inheritance could be expected soon. Take pride in yourself but, remember these blessings are also from the hands of the angels and gods, so be humble to be alive as well.

Sapphires have made an impression in many cultures. Because of the significant beauty of this precious treasure, it was often compared to attractive objects and other pieces of the universe. In our world, a hard stone like this is valued for its composition. For spiritual purpose, we are filled with peace, love and desire when we see one. All of these lovely fractions of light help to give sapphire its ultimate mystical power. When we acknowledge the great splendor, we can increase our essence and enchantments.

Folklore tells us that in Persian culture, it was believed that the Earth was a sapphire and that’s why the sky was blue is because of the reflection of this light. If this jewel is ground up, it can be used as an all-purpose medicine. The Ten Commandments are rumored to be inscribed onto this object. Stories from the bible, about the breastplate of Aaron, describe this presence and quality. In parts of the Orient, Saturday was the day to dress in blue and wear this charm. From the British throne, Princess Diana wore one on her finger as a sign of royal love. Blue represents the heavens and so it’s a retainer of holy resonance.

Because of its Greek language origins, it is also known as sapheiros and in Latin as saphirus. It is meant to increase one’s faith, luck and happiness and also to keep the wearers thoughts pure and divine. Oftentimes in history it is thought to have been mistaken for Lapis Lazuli, which also increases a person’s intuition and psychic nature. Its shape is important and the clearest qualities will bring about the highest possible attunement.

What I know is what I hold in my hands and so it resonates inside of me. My heart and soul radiate with a positive energy, aligning with other forces that are just as bright. We attune ourselves to one another and reach far into the Heavens to bring down our amulets of sapphire. We are each rulers of our temples and leaders divine.

May the beauty rest upon your soul and inspire you to move on with grace and honor. Our love will soak into others and cause a permanent change resulting in a new start. I hope that we can all grasp the power of this jewel one day and succeed in becoming exceptional people. That’s what we need in order to become eternal.

Let us bring more of this ambiance into our lives and feel the spiritual cleansing rush over us like waterfalls forming into a river. Anything that can be imagined can be had. We must continue to push forward and do not surrender for too long to the forces of nature. May we guard the hearts of our soul with a surging desire.