San Jose Could Suffer Water Shortages in the Afternoon

Although water supply was normalized in most communities affected by the cuts of the weekend, tonight could be shortages due to problems in the reservoir of Llano in Orosi, Cartago. 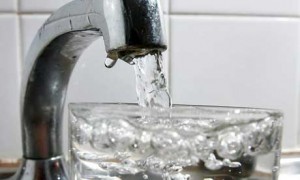 Eduardo Lezama, Assistant Water and Sewer, said yesterday between 1:30 pm and 6 pm had to shut off the water in the reservoir because it was dragging Llano much sediment, thereby causing the tanks do not come fluid and pipes will drain fully

“This problem delayed to a balanced system today, which is what we had expected. Yes there is water shortage but possibly there in the afternoon, especially in the highlands of Abandoned, Coronado and some of Santa Ana and Goicoechea, “Lezama said.

The shortage could be overcome at night.

Lezama said the community of San Juan de Dios for the Homeless is the only which is without water, but a problem that has nothing to do with the work of the weekend.

“We are finding out what happens in San Juan de Dios” he concluded.

AyA whole system is over loaded and falling apart. There are thousands of leaks wasting water. I not so sure this is not a world wide problem as well.

Without good water, we are F#@ked. I am always amazed that more people don’t pay attention to the water systems throughout the world. The wars of the future are going to be over water, not oil.