Regarding Conduits and Vehicles

As the human crisis intensifies, we can either continue in the false and darkening direction of man, or take the true and illumining direction of humanity. On the individual level, I call it being either a conduit or a vehicle. 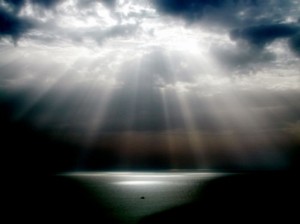 Gray is just a lighter shade of black. In the end, we all go one way or another, toward the light, or further into darkness.

Unfortunately, the vast majority of people remain willfully unaware of the movement of darkness within and around us. And without self-knowing, we inevitably act out of both personal and collective content.

In the final analysis (which is neither final nor analysis), each of us heads either toward hell or toward heaven. I’m not referring to a projected realm of the afterlife, but to the present realm of life in the here and now on earth.

There is no division between heaven and hell. Nor, ironically, is there judgment. Hell is not a permanent place of punishment, but a self-made prison beyond the reach of insight and grace. Heaven is not an ethereal place of reward, but a state of insight, understanding and freedom.

Both sides– the false and the true, the dark and the light–exist within each of us, and it’s a fine line between them.

When she tested their supervisors, nearly every one of them had difficulty following the instruction. Telling the challenged clients about this pattern, one said, “Maybe they have a lot on their minds.” Indeed. Commenting to one of the supervisors that there’s apparently a fine line between the mentally normal and the mentally challenged, he said, “Oh, we know that very well here.”

It takes a smart person to lie well, and an incorrigible liar to go to hell. Though there’s only one way to tell the truth, 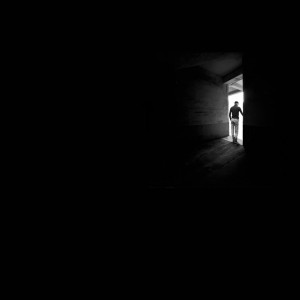 there are a million ways to lie. Which is why the mentally challenged always give more than they take to the lives of the people that they live with. They don’t lie. Like children; they haven’t adapted to the world.

The world is a crucible or a caldron, depending on whether we react and fit in, or respond and change. Conduits shut their eyes and cling to the mass in the river, afraid to stand alone and think for themselves. Going along to get along, numbing ourselves rather than feeling disturbance and pain, is how we become conductors of collective darkness in consciousness.

Vehicles, on the other hand, don’t cut off but paddle their own kayak, continuously learning about themselves and the currents of life. We can own but not resign to inner and outer dark currents, or sit in the stagnant sections of the river waiting to die. Growing in learning, vehicles have moments of transcendence, when cosmic intelligence flows through them.

There are choices in life, but there is no choosing. The chooser always makes the wrong choice because he thinks the choice is his to consciously and intentionally make. It isn’t.

Our task is simply to question and discover for ourselves what’s false and what’s true; doing so, the way ahead is clear, even if there is nothing one can do. As Socrates said, when one is clear, there is no choice but to do the right thing. 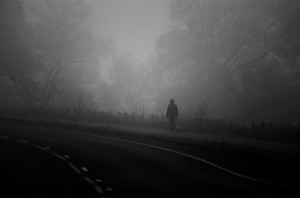 So it’s our choice whether to be a conduit or a vehicle in this life, but if we choose we lose. Conduits choose immediate gratification or escape over remaining with things as they are and seeing and doing the right thing.
Vehicles take the arduous course, which is life.

Human beings convey insight and sacredness to the degree we lose ourselves, which allows insight to flow through us. I’m not talking about ‘channeling,’ the plaything of New Agers, but understanding and compassion.

A vehicle is never certain she is one, whereas a conduit is certain he’s his own person. But you feel when something greater is flowing through you; you feel it in the body during heightened awareness and an awakened state. On the other hand a conduit, living in willful blindness, doesn’t see that they’re conducting collective darkness.

Vehicles may have as much or more darkness within themselves as conduits to begin with. But by seeing and taking responsibility for the darkness within, and continuously learning about ourselves, vehicles don’t act out of conditioning and darkness, and are dissolving the dark matter within. That contributes to the present and future of humanity.

All self-knowing people who are skeptically and non-accumulatively learning about themselves are vehicles–lights in the stygian darkness of human consciousness.