Sometimes I wonder how anyone inwardly survives in this world without meditating. But when I hear people talk about their ‘practice,’ I realize we’re not talking about the same thing at all. What’s fueling the so-called meditation movement? 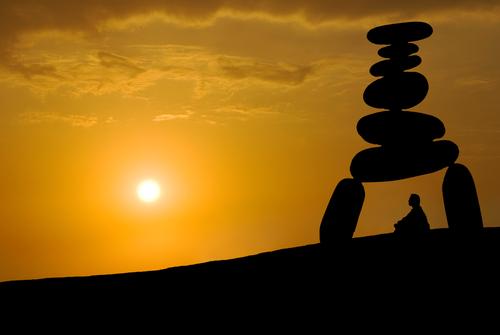 Meditation is not about ‘stress reduction,’ or any of the other faddish reasons people give to meditate. In fact, meditation, by whatever name, is not a method, system or practice at all; it is the art of quieting and emptying the mind.

Is the meditation fad a reaction to the utter emptiness at the core of American, and increasingly the global culture? It clearly reflects a widespread desire, in the face of eroded religious traditions, institutions and hierarchies, to find a wellspring of joy, insight and love beyond what has become a pathologically superficial, materialistic culture.

The problem is that the way meditation is generally practiced, indeed the very notion of meditation as practice, has turned it into a panacea. As such, meditation, as most people mean it, has become part of the pathology.

When a previous way of life expires, there is no choice except to create a new one, beginning with one’s own spiritual, emotional and intellectual life. So there may be a silver lining in the search for a silver lining. More and more people are looking within.

But as things stand, meditation, by embracing bromides like stress reduction and mindfulness, reinforces individualism and leaves the roots—self-centered activity—untouched. In addition, meditation, without an attendant inquiry into the toxic cultural sea we all swim in, tends toward solipsism.

Whether one uses words like contemplation, meditation, or self-knowing observation, the core intent is to quiet the mechanism of thought in the brain. Thought is memory, association, words, images, imagination and reason. Thought is the entire movement of the content of consciousness—rational, irrational and non-rational. The brain is much more than thought and the entire field of knowledge and the known.

Obviously thought has great utilitarian and scientific value, but it cannot awaken the human brain’s latent capacity for communion with the numinous. Indeed, symbolic thought is the greatest impediment to it.

When the brain is aware of the movement of thought in its entirety, the whole movement spontaneously stops in undirected attention. Then brain comes into contact with something beyond words and description. That is, when the entire mechanism of thought is utterly quiet, that which people call God or Allah is. To kill in the name of that, whether from 30,000 feet or on the ground by a knife, is the greatest blasphemy. 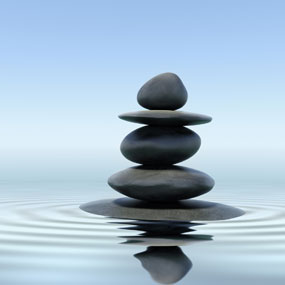 observe oneself in nature essentially for the same reason one bathes or showers—to cleanse the mind and heart, and keep one’s inner house in order.

I’m not saying there is only one way to meditate; I’m saying there is no way to meditation. All methods, systems and techniques prevent a radical shift in consciousness from occurring because they arise from the same mind, as thought, that lies at the root of the human crisis. The mind can simply, spontaneously fall silent in undirected attention to its movement.

There is no ‘how to meditate,’ but this is what I do. For its own sake, I take a break from work and activity. Sitting quietly outdoors is a joy, and brings insight and renewal, and often, without seeking or making a goal of it, communion with an infinite actuality beyond words.

One simply lets the senses become attuned to one’s surroundings—the natural and man-made sounds, the light and color, the feel of air on the skin, the smells of earth. Nothing is resisted, judged or even named, including the noise and stink of man.

Rather than exclude the senses, let them lead within. Doing so, one naturally becomes aware of the movement of one’s thoughts, and of the seemingly separate and permanent observer—the entity that seems to stand apart, evaluating and choosing. That’s the first thing that has to go, and it dissolves simply by awareness catching the mind in the act of separating itself from itself.

Awareness can be quicker than thought, but not if one makes an effort or has a goal to increase it. One simply watches, out of interest, curiosity, experimentation and play. If one is bored, let the boredom be and watch it. Boredom too can be observed and remained with, and when it is, is there boredom anymore?

When there is no ‘me,’ no center, no watcher, there’s just the brain watching, without separation, without division. That action is the beginning of meditation.

Meditation allows attention to gather, and attention alone, without effort or direction, quiets the mind-as-thought, and allows the Mind-as-awareness to come into being in the brain.

FAA Is Banning Lithium Batteries on Your Flights