When I look at the Costa Rican government I think of the Chris Rock Stand up comedy when he talks about Marion Barry, a mayor that got caught doing crack cocaine and then was re-elected. Barry won that election and was reelected despite problems with unpaid taxes, recurrent cocaine use, and an ex-girlfriend who accused him of stalking her. 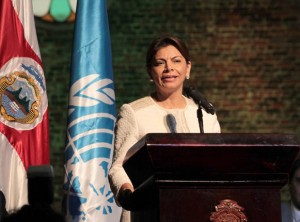 Chris Rock: “How you can you tell little kids not to get high when the mayor’s on crack? Don’t get high — you won’t be nothing. I could be mayor.”

Kids growing up in Costa Rica are surrounded by a society and government that teaches them to be reckless and unaccountable for their actions.  These examples span from the government that rules the country, to elected local officials and judges, to the police that are supposed to serve and protect, to their teachers, and finally in most cases to their parents.  When you grow up in a society that teaches people to not take responsibility for your actions and allows people to have a crutch to support them if they make mistakes with no consequences, you are laying the foundation for people to fail and be unethical.  They see people getting away with these types of actions everyday and are taught to believe it is how things should always be done.

Let’s start with the Costa Rican government and local elected officials and judges.  There are many examples of the Costa Rican government pulling an oops and not thinking.  In the past week when starting the road on the Nicaraguan and Costa Rican border, the construction had to be halted as the environmental study was not performed on the consequences of the construction.  This is the same thing that happened with the new highway to the Pacific Coast.  The response of Chinchilla and the government, yeah we should have done that, ooops.  What were the consequences for the idiots not thinking ahead? Absolutely nothing. They were not held accountable at all for their oversight. Another example of lack of communication is when they painted new lines on the road right before they repaved them.

In the news it seems almost every week that another judge, or elected official is caught in some sort of scam.  Just recently we had Transport Minister Francisco Jiménez, Justice Minister Hernando Paris, and Finance Minister Fernando Herrero just to name a few that have recently been tied into scams and fraud. In these cases which are brought to light the official usually just resigns form his or her position and avoids any kind of jail or prison time.  This teaches the people in the Costa Rican society the lesson that it is not a crime unless you get caught, and even if you get caught you can just quit and avoid any negative consequences.  In most of these cases these elected officials have put away enough money from kickbacks and illegal contracts that they can live the rest of their lives in a life of luxury.

The police are supposed to serve and protect as well as enforce the laws that are put in place.  There are more than a few problems with this system.  The police are paid a very minimal amount which encourages them to do what most do which is take bribes and extort money from tourists in order to pay for their day to day needs. It has been documented 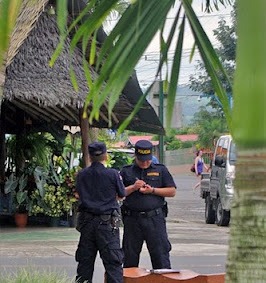 in many cases that a lot of them are on the take and actually work hand and hand with the thieves getting a cut of what is taken.

A common scam that occurs is a Tica woman goes home with a guy, calls the police and says that the guy was abusing her.  Then the police come, take the guy to jail, and when he gets out a few days later he returns to a house that has been cleaned out.  Both the police and the girl were in on the scam from the beginning.  When drug dealers or other offenders know that all they have to do is pay off the local officers to get away with what ever they want it teaches people the laws that are in place can be ignored and their are no consequences to disobeying them if you have the cash. Laws are only effective if they are enforced, and everyone knows in Costa Rica, most laws are unenforced and therefor ignored and ineffective.

To complete the cycle of teaching and showing how to be reckless and unaccountable, there are the employment laws in regards to termination of employment (implemented and supported by the government) and  the teachers that are supposed to be motivating the children to learn and improve themselves. If you would like to fire a Costa Rican that is not producing at work or is not doing their job, it is an expensive proposition for you to do so.  You have to pay them a certain amount of the salary that they got each month for the time they worked for you.  It is like a severance pay but it is forced even if the Costa Rican did something to deserve to get fired.  the employee almost always gets their way and their money. The effect of this is many employees become very lazy and know that they will not be held accountable for most actions in the office that are negative. I know myself, that when it comes to creating a sales team in Costa Rica, I go through about 15 candidates to find one decent employee.

Teachers are supposed to encourage the students to learn and improve themselves. They are supposed to teach responsibility, ethics, and the importance of hard work.  However, the average amount of time that a teacher calls in sick each year is three weeks.  It is not enough that they have all the holidays off they do not show up for about 3 weeks of required work days.  Do you think that substitute teachers are there when the every day teacher is out? No! The kids in those cases just do not have class.  Again showing the children and people in the Costa rican society that there are no consequences for their actions.

It is time for the Costa rican government to start acting like an adults and taking responsibility for its mistakes.  This starts at the highest level and will have a trickle down effect.  Laws need to be put in place to promote hard work and award people that achieve at high levels. Give bonuses to teachers that only miss 2 days.  Punish police that take money and protect crime and pay them more if that helps enforce laws.  Show the Cotsta Rican citizens that if you do something wrong you have consequences of your actions and this is done in all cases it does not matter about how much money you have.  I was taught at a young age the difference between good and bad and that I had to take responsibility for my actions.

Right now Costa Ricans think it is only wrong if they get caught. Then even if they get caught nothing happens to them from the actions that they did.  This is demonstrated at every level in society.  The time is now for change if not Costa Rica is going to die, it is already in a downward spiral.

Well IF your talking about the USA. The justice system and haebus corpus works . Your not being held without a trial or sentences for years like here. The USA has jury trials and not judges who become the enforcement or lack of enforcement. How many thugs are caught then released with nothing happening and the victim looses his life or property. Your idiot and this is a stupid statement by ignorant Tico I assume!

Ticos learn from Gringos? What does that even mean? Are you saying they act like they do because of gringo influence? or are you saying that they are learning responsibility by acting like gringos (at least the ones that are responsible)?