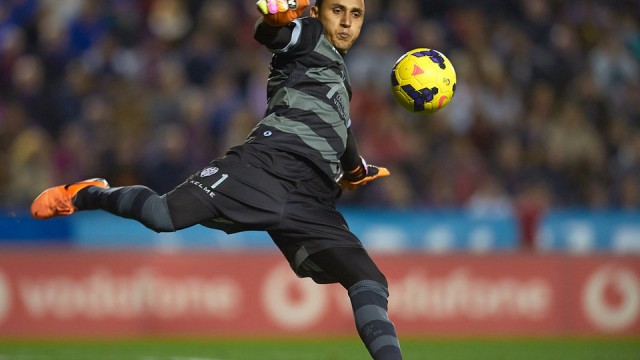 A statement from the club read: “Real Madrid CF and Levante UD have reached an agreement over the transfer of Keylor Navas, who will be tied to the club for the next six seasons.

“The player will be presented on Tuesday, August 5, at 1pm [local time] in the Bernabeu’s royal box, after undergoing the relevant medical examinations. Subsequently Navas will tread the turf of the Bernabéu for the first time.”

The deal, also announced on the club’s official Twitter feed and reported to have required Real to pay €10m (£7.9m) to Levante to activate the keeper’s release clause, could have ramifications for Real’s goalkeeper Diego López.

López was Madrid’s first-choice keeper in La Liga matches last season but the club captain, Iker Casillas, started every game in the Copa del Rey and throughout Real’s successful Champions League campaign. The former Sevilla keeper’s agent recently brushed aside reports that his client was set to join Napoli.

However, the signing of the 27-year-old Navas, whose outstanding performances in Brazil helped his nation top Group D and reach the last eight for the first time, certainly means serious competition for Casillas.

The 31-year-old flopped in Brazil, conceding seven goals in Spain’s defeats by Holland and Chile which saw Vicente del Bosque’s side crash out of the tournament at the group stage.