Costa Rica Entertainment News – Amón Solar is a rare case of a house which is growing from within. It’s an old building in the Amón neighbourhood, but also serves as an ever-changing stage which, for over a year, has been surprising visitors with the spectacles it holds. 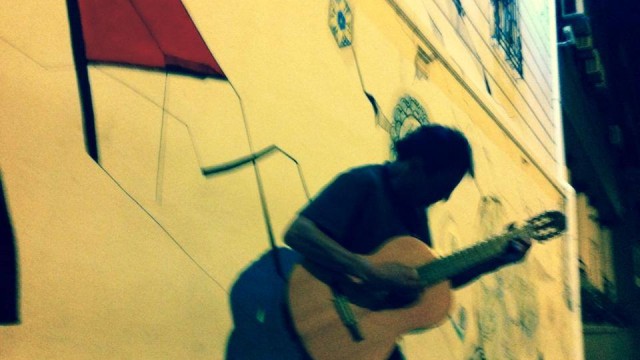 Located on the corner of 3rd Street and 11th Avenue, the white house is still pretty discreet, and deliberately so. José María Alfaro, one of the directors, says that part of the magic is that, sometimes, you can’t even find it.

That said there’s plenty to take notice of. The initial description of this centre of “cultural activity” (as their motto goes) was El Sótano, a little jazz club which, every night, brings artists and the public together under the same roof.

Normally it wouldn’t be easy to accept that your favourite bar is going to totally change every 2 or 3 weeks. At Amón Solar, it’s expected. Music, theatre, dance, films and live performances have all taken centre-stage in the year and a half that the house has been open to the public.

The top floor is dedicated to the visual arts with regular exhibitions, and this week marks the opening of El Cuarto, a shop selling local products at a reasonable price but which only opens at night.

“We’re looking to find a balance between something which is accessible for the consumer and yet profitable for the producer. We’re making sure that the producer gets more from the shop without our having to charge so much to buyers”, explained graphic artist Diego Fournier, one of the shop managers. The shop will open at 6pm to attract customers who are already at the bar for the various concerts.

“The philosophy behind the project is a desire for artists to treat this like their home”, Alfaro explains. Some musicians rehearse and leave their instruments here; they usually come here every night anyway.”

So who plays here? It’s mainly artists who have struggled to find a place where they can play their most original work, or for those who are making their debut performances.

On entering the house, with its shining wood décor and intricate frames, you appreciate the old garden area with its dried up fountain and open-air stage. On one side there’s an area which doubles up as a stage for theatre performances; on the other, the steps which lead up to El Sótano.

There, seats are squashed up in front of the stage and the bar counter. Sometimes there isn’t enough space for everyone and 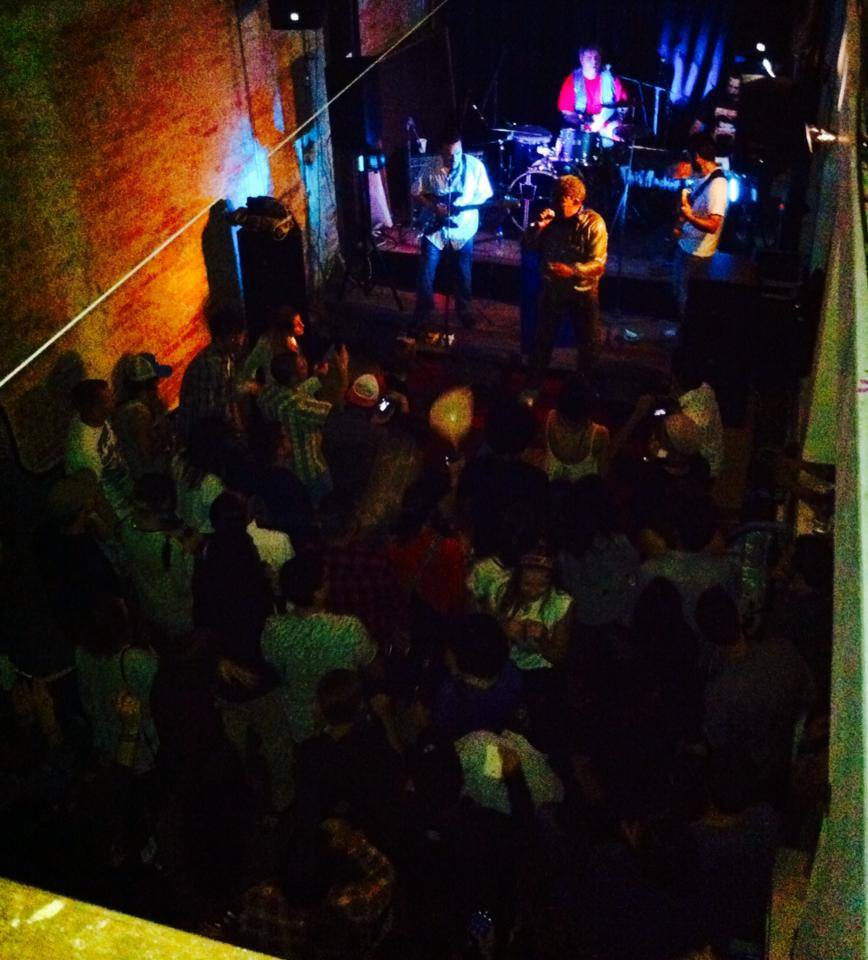 visitors assemble themselves wherever there’s room on the stairs, in the garden or they just wander around the house. The music can be heard throughout the whole building, but some concerts are also streamed live through a screen from the attic to the first floor.

“Everything mixes together”, says bassist Nelson Segura. Every Tuesday, he organises jam sessions which are always open to the public. On Wednesdays, there are performances by Sesiones del Gato Negro: “They’re real-time compositions, combing genres of music like soul, hip-hop and rap..”, he explains. For Segura, this is the only place you can make music like that.

Los Okupas, another group, have also used Amón Solar as a testing ground. For three days at a time, they’ll gather as many as 20 artists and 8 performances per night for mere 15 minute sets comprising of theatre, dance, literature, music and much more. Visitors make their way around the house, paying for just what they want to see and finding something new and unique in each room.

Why use the house like this? “We want to create a family; we wanted people to feel like this was a comfortable space in which they can feel like they’re free to work, make music and be creative”, said José María.

Along with Perceval Gay Spriet, Alfaro opened the house and they waited for it all to happen. The jazz musician says that you can see a painted canvas and forget about it, but when you see a blank canvas, it makes you think. “We still have some rooms which aren’t finished; they’re empty spaces because we want the public to get involved too. We want everyone to work together and to feel that they’re a part of this project.”

“I felt that they shared our philosophy about being a sort of cultural director”, says de Camino. “We’re working with the L.E.S Express and are currently putting out a call for 10 bands which we will help to record a demo. In the same day, we’ll do all 10 recordings, lasting for an hour each, and we’ll give the artists a good range of materials”, explains Chaves. The bathroom, the garden, the corridors: the whole house is a studio.

New possibilities. Kenneth Jiménez is a young bassist who went to Miami three years ago to study. “When I came to San José, there was nothing like El Sótano, despite the fact that musicians of my generation were always searching for spaces like this”, he says. In August, he and his band Maya will be coming back to El Sótano.

Like Jiménez, many young musicians are making their debuts in the intimate setting of the club. Folk Collective recently emerged from a search for fledgling artists who wanted to play their music acoustically. For Hector Herrera, an organiser, some sort of bond with the location is key. “They’re always willing to listen to new projects and to discuss whether they’re viable or not”. Folk Collective will be performing on the second Wednesday of each month; on their first concert they were expecting just 40 attendees. They got 100.

It’s these sorts of ventures which make the place so inspirational; like the magic that Alejandro Navas felt. He now performs every Saturday, but remembers when he first arrived. “I went and I said ‘This is it’. It really sounds magical. They’ve got the dramatic setting, a bit of mysticism and opening hours which are perfect for theatre performances”, says Navas.

“How many people are there still in this country who have to keep their work to themselves because they have nowhere to go?” asks Alfaro. Well, now they’ve got one, and it’s a must-see.