Costa Rica Entertainment News – Roll out the red carpet and get the spotlight ready. Portasol Rainforest & Ocean View Living in Costa Rica is about to premiere in its first Hollywood feature film. 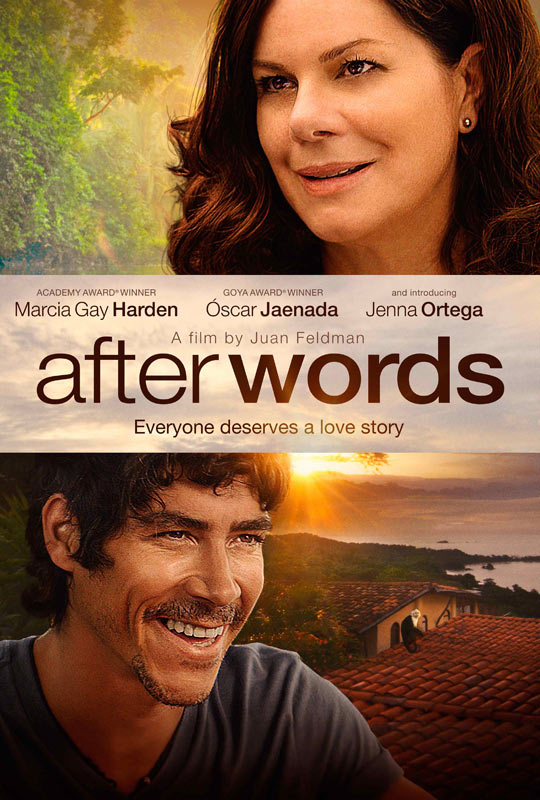 Level 33 Entertainment is releasing the new feature film made in Costa Rica at an exclusive screening in New York City on Friday, Aug. 21, 2015.

“I’m really excited that this movie is finally coming out! We had a great time with the film crew on the day they were here. It will be so nice to see the film,” commented Guillermo Piedra Gonzalez, Portasol General Director.

“The film is really positive about Costa Rica. As a matter of fact, it ties in with the Costa Rican Tourism Board’s campaign of ‘Save the Americans’, all about working too much and not enjoying life,” Piedra added.

Written by Joel Silverman and produced and directed by Juan Feldman, the romantic drama stars Marcia Gay Harden as “Jane,” a highly introverted librarian who loses her job due to budget cuts and spirals downward into depression. Jane contemplates suicide and decides to see something beautiful before she dies – beautiful, tropical Costa Rica. Once in Costa Rica, she meets a charismatic young tour guide named Juan (played by Oscar Jaenada), who makes his living off the many single female tourists who come on vacation. Together, they embark on an adventure around the many sights of Costa Rica, and eventually fall in love. Jane comes to appreciate the profound meaning of the essential Costa Rican saying, “Pura Vida” (“Pure Life”), which may change her plans to “end it all” in paradise.

Costa Rica’s lush rainforest and beaches provide the romantic backdrop to the story.  “After Words” was filmed on location in Costa Rica in July 2012 on the Pacific Coast at Portasol Living eco-community south of Manuel Antonio, in Quepos and Manuel Antonio National Park, and the Tarcoles River; and on the Caribbean Coast at Puerto Viejo and Tortuguero.

At Portasol, the film crew spent one day filming key scenes – a love scene at one of Portasol’s waterfalls, hiking in the jungle and lunch at a restaurant. A “Behind de Scenes” short film of the experience was professionally made by Armando García of ICO Productions in Costa Rica.

Piedra said that director Juan Feldman and writer Joel Silverman chose Portasol for its wild tropical rainforest, waterfalls and proximity to Manuel Antonio National Park. Besides being the perfect location, another reason was the property’s excellent internet connection. “The film crew was uploading the scenes they were shooting directly from their cameras to computers on site and to their server in the USA to have multiple back-ups of the filming,” explained Piedra.

How was it to meet and play host to Hollywood movie stars? Said Piedra: “Oscar was really focused on his work. Marcia was really nice, down-to-earth and fun. She went into our kitchen when our cooks were making their lunch, and started talking to the ladies about their recipes. She said she would like to come back to Costa Rica with her kids. We welcome her back anytime!”

Once released into the theaters, “After Words” also will be available on demand via iTunes, Amazon, CinemaNow, Blockbuster, Comcast, DirecTV, Dish, Google Play, iNDemand, PlayStation, Vubiquity, VUDU, and Xbox.