Over a Million US Tourists Came to Costa Rica in 2015

Costa Rica News – For the first time in the history of Costa Rica keeping tabs on its tourism numbers, the land of “Pura Vida” surpassed a million US tourists visiting the country. 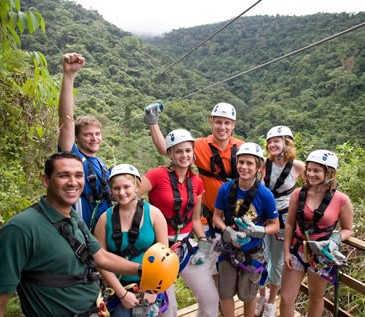 They came through all  entrances; ports, borders and airports and it was the equivalent of 40% of all international arrivals recorded in the country during 2015.

This number was hit Friday and was celebrated in San Jose’s Juan Santamaria airport. A family from Washington with the last name Kratochvil was the celebratory 1,000,000th visitor of the year.

The improvement in the US economy has been a large factor in achieving this objective.

Tourism is a large part of the economy of Costa Rica and many businesses survive on tourism during high season.

A Magical Vacation; Experiencing the Flora and Fauna of Costa Rica

Only in Costa Rica; Doctor’s Appointment Set for 2022