A Magical Vacation; Experiencing the Flora and Fauna of Costa Rica

Costa Rica Travel – High in the Costa Rican mountains, inching bumper to bumper through thick cloud cover, there was a moment when I wondered if this trip was a good idea. We’d only touched down that morning (having been delayed 24 hours in Los Angeles), and our 10-year-old was already vomiting into a plastic bag in between sobs, wracked with grief at the discovery his beloved teddy bear had been dropped and left three hours back along this switchback-ridden road. 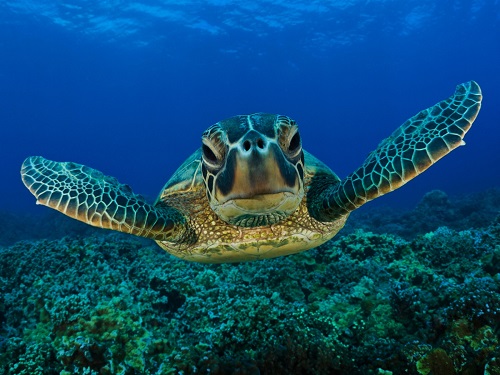 Ten days later, standing on a moonlit beach, watching turtles laying and burying their eggs, it was clear that not only had my fears proven unfounded, this had been a transformative trip for our family.

Costa Rica — even the words summon up visions of a tropical idyll — is a small Central American country with a coastline on either side: the Pacific to the west, and the Caribbean to the east, with a ribbon of mountains and volcanoes down the middle. A country that has escaped the political upheavals of its regional neighbours, Costa Rica positively glows with pride. Education, including at the university level, and health care is free to all, funded by the dismantling of the military post-Second World War, and the country has a stated goal of achieving carbon neutrality by 2021.

My husband was turning 50, and this trip would be his celebration. Our eldest son was heading into Grade 12 this fall, and so there was also a sense of time running out for us, as a family, to experience something truly amazing together.

After much poring over of Internet forums, weeding out the alarmist nonsense from the helpful practical advice, we decided to risk the roads (and the many car rental cons) and drive ourselves around. We would head straight out from the international airport north of the capital San Jose to Arenal, where a plethora of resorts revolve around steady tourism for views of the eponymous – and active – volcano, and the hot springs it powers. Then we would drive west and south, to the small Pacific town of Samara, renting a house with a view and a pool. After a week of sunshine, sea and sand, it would be a quick drive back to San Jose to drop off the car before venturing eastward, to the Caribbean coast, and Tortuguero, only accessible by plane or boat. Two nights at a coffee plantation in the central highlands would round things off nicely. Costa Rica has wet and dry seasons, and we were visiting in the green season, aware that it could rain for at least part of every day. (In reality we saw little precipitation, although the humidity was very high.)

We arrived in Arenal to a light, warm downpour. There was only one sensible thing to do: hit the pool.

Though the peak of the volcano was shrouded in cloud, there was nothing dull about the view: a lush mountainside and, closer, birds of every hue flitting back and forth between boughs bent over with the weight of blooms. The water was warm, the cocktails cold. The tropical adventure had begun.

If there was one thing that marked our two weeks in Costa Rica as magical, it was the wildlife. That first night, walking to dinner, we spotted caimans lolling in a creek running through the hotel property, and the tone of the trip was set. Driving to a trail the next morning, we were scared witless by a series of deep, loud wailing noises coming from the trees. Was this some Central American monster-sized predator we’d missed in all our research? No, it was just the first of many encounters with the aptly named howler monkeys.

In Samara, our house, perched high over the ocean, came with a welcome breeze and all the essentials: hammock, pool, resident iguana, mango tree. One lazy afternoon poolside, a troupe of howlers descended into the tree, feasting on the floral orange-fleshed fruit. Messy eaters, they gorged on the juiciest part before flinging the rest away, the babies dangling by their tails trying to grab a bite before their lunch plummeted around our heads.

The big birthday was celebrated here, on a half-day private sail of which dreams are made. A humpback whale, swimming with her calf, opened her massive jaws wide as we floated by; separate pods of bottlenose and white-sided dolphins played tag with us for hours, and sea turtles punctured the pristine water to breathe.

It felt like heaven. But that was still to come.

Peering through the tiny plane’s window, the narrow canals of Tortuguero could just be seen through the jungle canopy. This was the Caribbean, but not island style. We stepped from plane to boat to the restaurant deck of Tortuga Lodge and Gardens and knew instantly this was where our world view would be expanded. Even the iguanas were Jurassic-sized.

“Toucans!” Sacha screamed from the balcony of our room. They were everywhere, flying around us, putting on a show. Here, nature was writ large, and a 10-year-old mind was being reformed in front of us, hungrily absorbing every flash of colour, every bug on the wall. Under the expert tutelage of our guide Angelo Benley, we all learned more, understood more and cared more about the world and our place within in it. Angelo grew up in this rainforest and could transcend the dense foliage to spot even the most recalcitrant of creatures. Some were deadly: eyelash vipers, poison dart frogs, tarantulas. Others were bizarre – who knew a sloth only descends from a tree once a week to do his business?

Sloshing through thick jungle in the dark, sweating inside head-to-toe dark clothing, trying not to brush against anything too terrifying, we had no idea how remarkable the next few hours would be. But there we were, on a deserted beach, watching something even Angelo, with all his years here, told us was special. Two turtles had managed to dig laying holes nose to nose. We watched in awestruck silence as Angelo lifted one turtle’s tail and, by ultraviolet light, saw her lay hundreds of eggs, pouring them out like a torrent of ping-pong balls.

We worried for the beasts, as they tried to cover up the eggs for protection, discovering too late they were in each other’s way. Overcoming this took a monumental effort on their part, and it was humbling — and not a little anxiety-ridden — watching these ungainly reptiles in a very real struggle for survival.

The next morning came a storm with rain so heavy, the spit of land across the canal from us disappeared from view. It was crazy, yet strangely satisfying: we were cut off, going nowhere, and it felt as though we had finally arrived.

Which Days This Holiday Season Are the Best (and Worst) to Travel? (Video)

Over a Million US Tourists Came to Costa Rica in 2015