Our Tax Dollars at Work; Lawsuit Against Obama Authorized

World News – Please remind me why tax payers have to pay for this BS? What is going to come out of this other than a huge waste of tax payer money? Not a damn thing.  There is nothing but hate between Democrats and Republicans and it has come to a point where neither side is thinking straight. 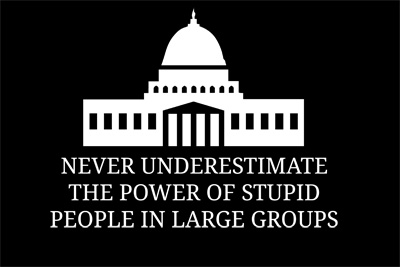 House Republicans on Wednesday voted to authorize a lawsuit against President Barack Obama for his use of executive actions as both parties attempt to utilize the suit to motivate voters ahead of the midterm elections.

In a strict party-line 225-201 vote, Republicans approved the legislation that accuses the president of exceeding his Constitutional authority by changing how his signature health care bill was implemented. The measure does not require Senate approval.

No Democrats voted for the bill.

Democrats, including Obama, have called the suit a waste of taxpayers time and money. Some have also said it is the first step towards Republicans ultimate goal of impeaching the president, something the president’s party has used as a rallying cry to raise campaign donations in recent days.

“‘Impeachment is off the table,’ why hasn’t the speaker said that?” Minority Leader Nancy Pelosi said ahead of the vote. “Why are there those in your caucus who won’t deny that that is a possible end in sight for this ill-fated legislation?”

House Speaker John Boehner and his top aides have denied claims that the suit is a way to initiate the president’s impeachment.

“This isn’t about Republicans and Democrats, it’s about defending the Constitution that we swore an oath to uphold,” Boehner said before the vote.

Oil Alliance Between China and Costa Rica Comes to Life