San Jose, Costa Rica – Only 19 of 138 lawyers who aspire to become judges passed the exam with a minimum grade of 75 to enter the judiciary. That means that eight out of 10 applicants failed the test of knowledge and skills held on the 7th of May.  Marvin Carvajal, director of the Judicial School, said that while there are high standards for promotion, it is preferable to soften the rigor of the examination to decrease the number of failures. 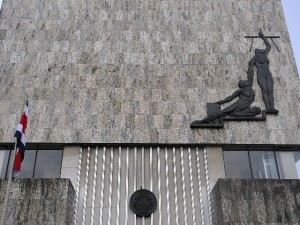 Carvajal said that the exam consisted of basic knowledge of law and another part for other skills (written communication, leadership styles, emotional intelligence, and cognitive integrative capacity, management styles, creativity and objectivity). The final grade is the average between both parts.

The 19 attorneys will now receive a scholarship for a year to train in the Initial Training Program for Aspiring Judiciary, conducted from July 30 at the Judicial School.

They will be joined by 13 lawyers who passed the same test on October 10, 2011. This time, 181 lawyers conducted the examinations.

Those chosen will occupy 32 seats (16 men and 16 women) to receive six months full-time classes, plus six months of practice in judicial offices. In the end, must submit a graduation plan to start as judges in the areas of Family, Civil, Labor and Criminal Law.

During the study period, the attorneys will receive a monthly subsidy of ¢ 500,000, after signing a contract. If they miss a class, must exit the program and repay the grant.

Adriana Orocú, president of the Costa Rican Association of the Judiciary (Acojud) said that those who passed had decent grades to enter the program

And of those 19 that passed how many of them actually will enforce the laws?? Instead of the catch and release program. This also tells all of us how lawyers here do not understand their own laws and yet give advice to us. What a pity. The others who failed should loose their license and take courses.