Lifestyle – They say true loves waits — and one man who went looking for it online seemingly took that to heart. 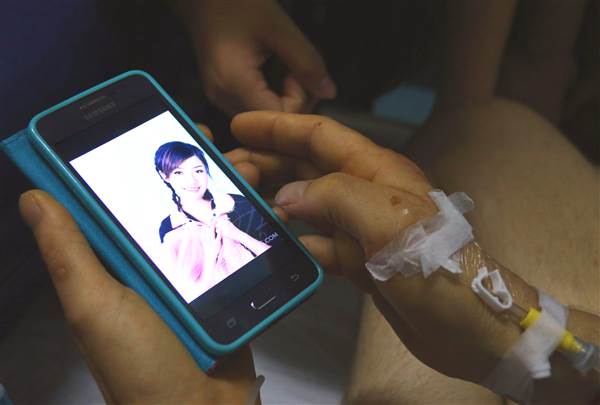 Alexander Pieter Cirk was due to arrive back home in Holland Tuesday after reportedly spending 10 days at a Chinese airport in a failed bid to meet a woman he’d fallen for on a dating app.

Apparently frustrated by the time and distance separating the couple, the 41-year-old decided to demonstrate his affection by applying for a visa and flying around 5,000 miles to visit her.

Prior to his July 17 departure, Cirk reportedly sent the 26-year-old woman a picture of his flight details.

But thousands of miles and hours later when he landed in the Chinese city of Changsha, there was no sign of his online love.

Convinced that she would eventually come for him, Cirk decided to stay at the terminal and patiently waited for her.

After 10 days, authorities reportedly took a frail-looking Cirk to a local hospital for treatment.

A spokesman for the Dutch Ministry of Foreign Affairs told NBC News Tuesday that Cirk had been hospitalized from “Friday 5:30 p.m. until [Monday] evening.”

The spokesman added: “We contacted him [Cirk] and his doctor when he was in the hospital and of course we’ve asked if he needed our assistance but he declined the offer.”

Chinese and Dutch officials declined to discuss what Cirk was treated for.

Chinese state broadcaster CCTV reported that a local TV channel eventually tracked down the woman. She expressed surprise that her online boyfriend had been waiting for her to show up. She confessed that she thought Cirk was joking about the trip.

Zhang also claimed that she was scheduled to have plastic surgery and therefore hadn’t been able to respond to Cirk’s messages when he arrived in China.

The woman reportedly added that she hoped to maintain her long-distance relationship with Cirk.

Exploring The Haunted Gully in Monterey

Experience the Beauty of Costa Rica in a 3 Minute Video