World News – North Korea claimed it successfully tested a hydrogen bomb Wednesday. If true, it would mark a major advancement in the country’s aggressive nuclear program. 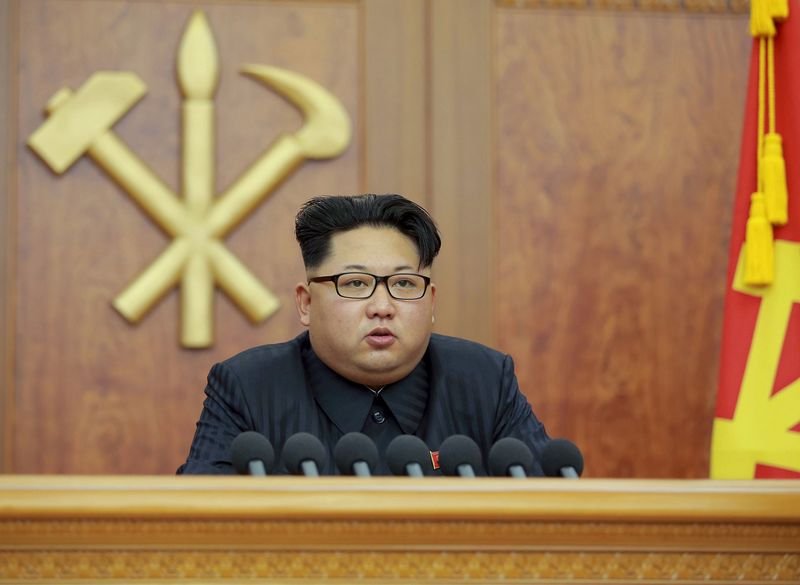 The U.S. Geological Survey detected a magnitude 5.1 earthquake, with an epicenter about 10 kilometers deep, Wednesday morning in the vicinity of the North’s Punggye-ri test site. South Korea’s meteorological agency called it an “artificial” quake.

“We are aware of seismic activity on the Korean Peninsula in the vicinity of a known North Korean nuclear test site and have seen Pyongyang’s claims of a nuclear test,” U.S. State Department spokesman John Kirby said. “We are monitoring and continuing to assess the situation in close coordination with our regional partners.

“While we cannot confirm these claims at this time, we condemn any violation of UN Security Council Resolutions and again call on North Korea to abide by its international obligations and commitments. We have consistently made clear that we will not accept it as a nuclear state.”

It would appear to be the most powerful bomb that North Korea has detonated; previous tests are believed to have involved plutonium or enriched uranium. The last one, in early 2013, registered a magnitude 4.9.

North Korean leader Kim Jong Un claimed last month that the reclusive country has developed hydrogen bombs that potentially have more destructive force. It boasted that it tested one Wednesday, despite the likelihood of more international sanctions and China, its longtime ally, showing increasing frustration with Pyongyang’s policy of creating crises.

“We’ve now become a nuclear state which also holds a hydrogen bomb,” the North announced on state television, calling it a “perfect success. It added a thinly veiled warning for the world to butt out: It won’t use nuclear weapons unless there’s a threat to undermine its autonomy.

However, the North also has a reputation for exaggerating its abilities.

When Pyongyang released photos of what it called missiles being launched from a submarine, U.S. officials said they appeared to have been faked, as was a mock missile shown during a parade of military hardware a few years ago.
The U.S., Japan and South Korea have put significant efforts into monitoring the North’s tests – including debris that reaches the atmosphere, to analyze its capabilities. Those were successful for its first test, but no debris was detected the last time, said Bruce Bechtol, a North Korea expert at Angelo State University in Texas.

“If will be hard to tell what they have done if they are able to keep the air particle-free again,” Bechtol said.

“This explosion looks like it is hydrogen but like their first bomb is of low yield, probably because of some problems,” said David Garretson, a professor of international relations with University of Maryland University College. “Nonetheless, they did it, and in the face of the Chinese.”

Whatever the details about the blast, the bottom line is that the North is relentlessly pursuing both nuclear weapons and the capability to deliver them as far away as the U.S. mainland with its missile program.

Bechtol said it “would be a very good guess” that another missile test – the last was in December 2012 — could come soon. 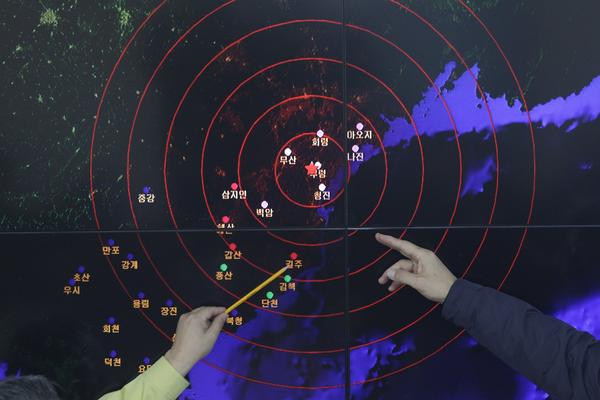 The North’s KN-08 intercontinental ballistic missile, displayed during an October military parade, has been shortened and simplified, according to 38 North, a website run by Johns Hopkins University’s School of Advanced International Studies that monitors North Korean activities. A blunt warhead that is more likely to survive re-entry replaces a narrow, pointed design, and the missile’s three stages have been reduced to two.

Garretson agreed that a missile launch is likely looming, and that a sub launch could happen, too.

North Korea “is working on all fronts,” he said.

Ralph Cossa of the Pacific Forum think tank in Hawaii said the North Koreans have used nuclear tests to try to force other nations to negotiate. In the past they have conducted missile tests which have resulted in sanctions. Then they have blamed the sanctions for forcing them to do a nuclear test, he said.

“If, in fact it is a nuclear test you can expect we will see a movement in the United Nations to sanction them,” he said.

Cossa expects the U.S., Japan and South Korea to be on the same page in their reaction to the test.

“The question is how China will react,” he said.

China recently sent a high-ranking official to North Korea, and there has been speculation that Kim’s first overseas trip could be to China. A nuclear test could put that at risk, Cossa said.

There also has been widespread speculation that North Korea has been working with Iran on nuclear weapons and missile technology. Bechtol said Iranian scientists were believed to have been present for the 2013 nuclear test, and Garretson speculated that Iran’s recent blowup with Saudi Arabia could be linked to the North’s latest test.

“It certainly speeded it up,” he said.

Speculation has been rife for months that the rogue regime might conduct a high-profile provocation. Satellite photos have shown activity at its nuclear test site, and North Korean scientists told a visiting CNN crew in the fall that they were close to launching another multistage rocket.

In September, the North claimed it had resumed operations at its Yongbyon nuclear facility and was prepared to use nuclear weapons against the U.S. It also claimed to have the right to conduct rocket launches, which many analysts believe are cover for ballistic missile tests.

A RAND Corp. report released in September said North Korea, whose artillery forces have long posed a threat to neighboring South Korea, may be a more dangerous threat today, in part because its pursuit of nuclear weapons and delivery systems has emboldened it.

“The continued North Korean development of nuclear weapons and long-range missiles raises North Korea’s ability to escalate and may encourage a more-provocative North Korean diplomatic and military posture,” it said.

Analysts and military officials disagreed on the merits of the North’s claim in the spring that it had developed nuclear bombs small enough to fit on a missile warhead. While the U.S. State Department said the North does not have miniaturization technology, U.S. Forces Korea commander Gen. Curtis Scaparrotti has said he has to prepare as though it does.

Stars and Stripes staffer Seth Robson contributed to this report.

By Paul Alexander and Yoo-Kyong Chang , Stars and Stripes