Costa Rica News – ICE is to eliminate multimedia messaging from its commercial offering in October. 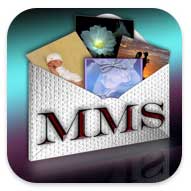 This is linked to a low demand for it in the local market of mobile telephony. The end of MMS messaging will come October 5th.

The Costa Rican Electricity Institute operates under the Kolbi brand. It’s customers received the news via a text message this morning.

They did not detail the reasons but it is likely related to low use of the service.

With services like Facebook and WhatsApp offering MMS, such as sending audio and video or photos, for free, no one contracts the service. So the service has been on an unstoppable decline for years.

The use of these paid messages declined by 98%, according to the report of the Telecommunications Superintendence (Sutel).