The most powerful Atlantic Ocean hurricane in recorded history slammed into the easternmost islands of the Caribbean early Wednesday, churning along a path pointing to Puerto Rico, the Dominican Republic and Haiti before possibly heading for Florida this weekend. 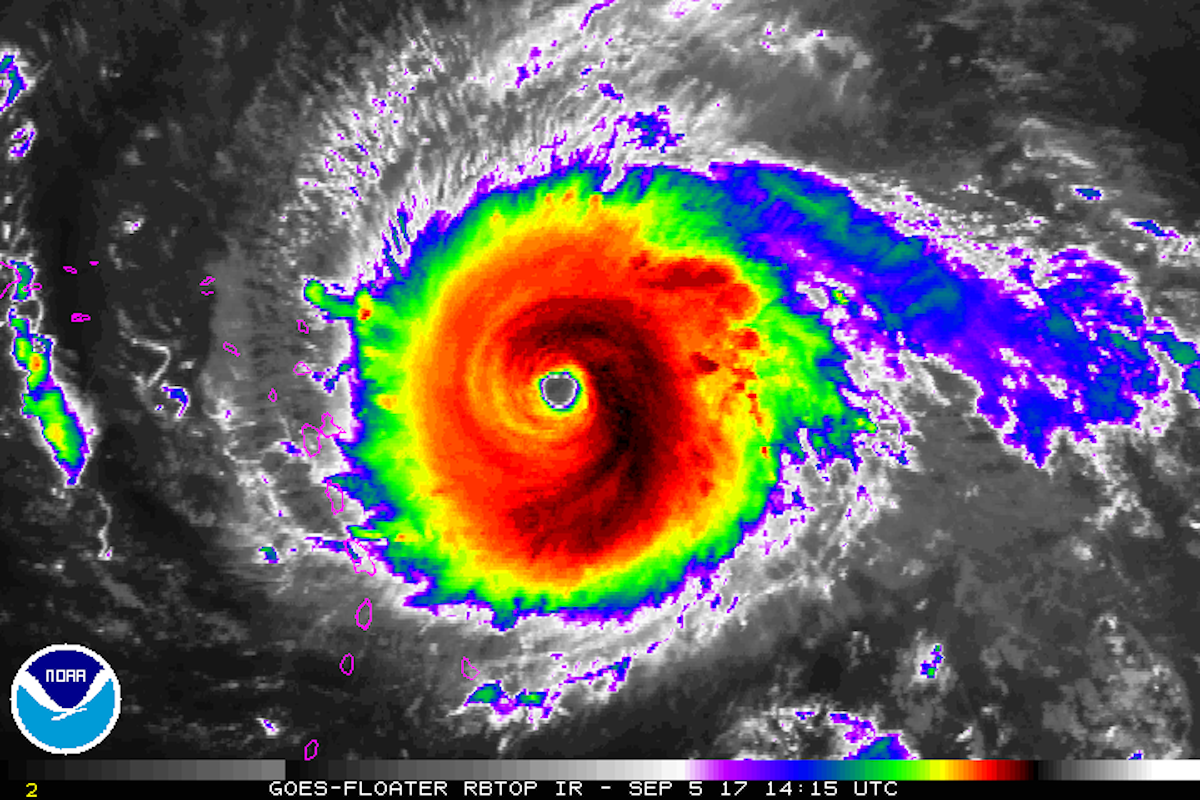 Irma’s sustained winds of 185 mph inched toward the highest on record: the 190-mph pummeling that Hurricane Allen gave the Caribbean, northern Mexico and southern Texas in 1980.

Officials warned people to seek protection from Irma’s “onslaught” in a statement that closed with: “May God protect us all.”

Many homes on Barbuda and the neighboring island of Antigua are not built on concrete foundations or have poorly constructed wooden roofs that are susceptible to wind damage.

By 8 a.m. ET, Irma was hitting the island nation of Anguilla, the National Weather Service said, and the storm was also lashing the French islands of Saint Martin and Saint Barthélemy.

The National Weather Service predicted life-threatening hazards and severe damage beginning Wednesday in the U.S. Virgin Islands before the storm passed “near or just north of Puerto Rico this afternoon or tonight.”

“You could potentially see some real devastation and destruction to the homes there,” said Heather Tesch, a meteorologist for The Weather Channel. “Add to that the storm surge and potential flooding, along with some very heavy rains [and] the wind damage — it is going to be a real mess in some of these areas.”

Then would come the Dominican Republic, Haiti, Cuba and, most likely, Florida, where “folks need to be preparing immediately,” Tesch said.

Quentin Liou, a manager at car rental company Hertz on the island of St. Barts, told NBC News that he was watching walls “tremble” as Irma approached.

“The sound is terrifying,” he added. “I think when the sunlight will be here we will see a disaster.”

Four other storms have had winds as strong in the overall Atlantic region but they were in the Caribbean Sea or the Gulf of Mexico, which are usually home to warmer waters that fuel cyclones. Hurricane Allen hit 190 mph in 1980, while 2005’s Wilma, 1988’s Gilbert and a 1935 great Florida Keys storm all had 185 mph winds.

States of emergency were in effect up and down the eastern Caribbean and already across all of Florida on Tuesday.

The Navy wasted no time heeding the call, ordering the immediate evacuation of all non-essential personnel and dependents from Naval Air Station Key West — more than 5,000 people. 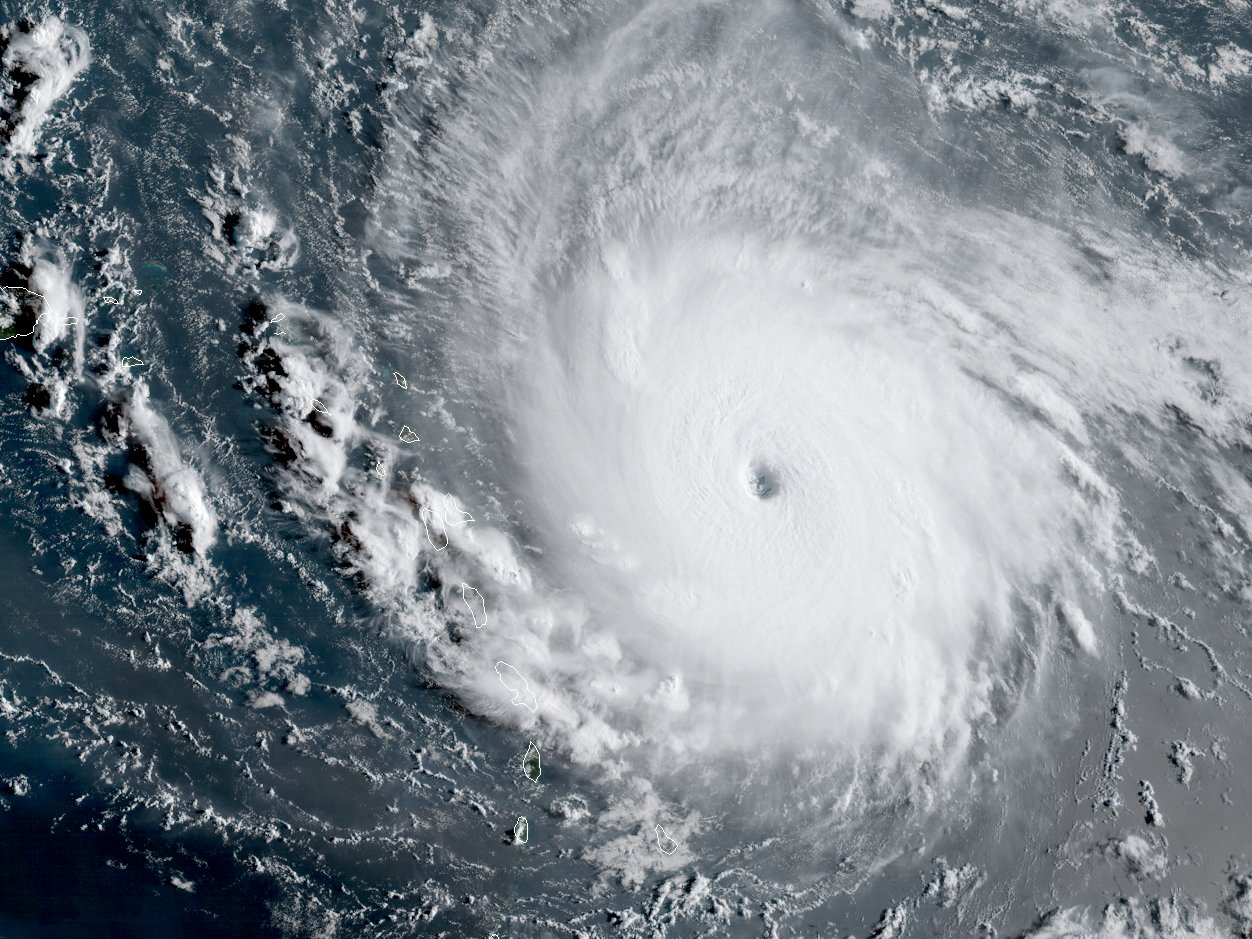 Meanwhile, bottled water, flashlights, batteries and other staples were flying off store shelves across Puerto Rico.

Long lines snaked from gas stations in Gurabo, a small city 45 minutes southeast of the capital, San Juan. Classes were canceled, and schools were being stocked with supplies for refugees as Gov. Ricardo Rossello pleaded with residents to “take Hurricane Harvey as a lesson” and evacuate their homes.

“The decisions that we make in the next couple of hours can make the difference between life and death,” Rossello said. “This is an extremely dangerous storm.”

In Florida, Gov. Rick Scott said Trump had approved a similar order as residents raided the stores and all tourists on the low-lying Keys were ordered to evacuate starting at sunrise Wednesday.

“I’ve been to four or five different stores today,” said Kagen Smith, who was shopping for plywood at a Lowe’s hardware store in Fort Myers.

“This is us just biting the bullet and buying really expensive plywood to protect our house,” Smith told NBC station WBBH. “I spent about an hour and a half finding water yesterday — we’ve got five cases of water.”

Forecasters stressed that Irma’s path couldn’t be precisely predicted, saying the average error in tropical cyclone forecasts can veer by as much as 225 miles in the space of five days. But should worst-case projections be realized, Irma would be only the fourth Category 5 hurricane ever to have made landfall on the U.S. mainland.

“The forecast right now takes the center to near the north coast of Cuba by early in the weekend,” Ed Rappaport, acting director of the National Hurricane Center, told NBC affiliate WFLA of Tampa on Tuesday.

“What we don’t know right now is when the turn is going to occur,” Rappaport said. “There is going to be a turn, but whether it occurs to the east or the west of the [Florida] peninsula, we’re not quite sure, but we think we will have a much better handle on that by about Thursday.”

In a path projection early Wednesday, the hurricane center estimated that tropical storm-force winds would reach the southern tip of Florida sometime Saturday or Sunday.

Even if Irma skirts the mainland, residents in the Southeast can still expect a rotten weekend. The system’s 185-mph hurricane-force winds extended 60 miles from the center late Tuesday afternoon, and tropical storm-force winds of 75 mph and higher were being flung as far as 175 miles — a destructive footprint more than 350 miles across.

Scott activated 100 members of the Florida Air and Army national guards and said Tuesday night that 7,000 Guard members would be reporting for duty by Friday.

“This storm has the potential to devastate this state, and you have to take this seriously,” he said.

The governor told reporters earlier Tuesday that “Florida is known for preparing and doing a great job with disasters, [but] we have no idea what’s in store.”

Scott added: “We’ll have to pray for the best. The hope would be that this thing would dissipate and just go into the Atlantic, but we’ve got to prepare for the worst.”

Looking Ahead, Without Tomorrow