Travel News – Whether you are flying to Costa Rica or anywhere else in the world, there’s nothing like lost luggage to put a damper on the holiday travel season, but a simple piece of technology being added to some luggage tags could help limit the problem. 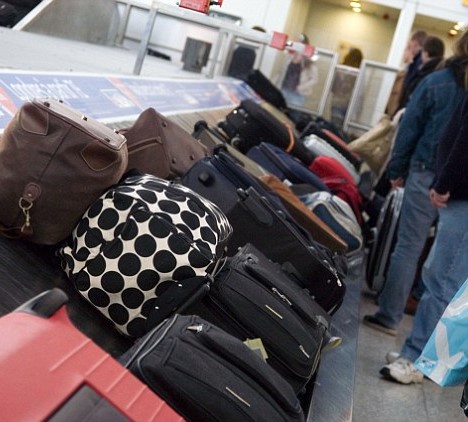 Just in time for the travel rush, Delta is adding Radio Frequency Identification chips, also known as RFID, to paper baggage tags. For an up-close look, tune in tonight at 6:30 p.m. to NBC Nightly News.

The technology was implemented at 84 airports in the United States last month and is expected to be rolled out internationally in the future. Today is its official launch.

Travelers are able to check a map in their app to see the last scanned location of their bags, providing peace of mind they’ll be waiting for them on the carousel when they land.
When loading bags, a light will flash green if everything is on track or red to alert a handler a bag may need more attention.

Other airlines have experimented with RFID, but none at this scale: Hong Kong’s airport launched a smart baggage system in 2009, Las Vegas McCarran airport debuted its version in 2012; and Alaska Airlines, Lufthansa, and Qantas have toyed with it.

Brett Snyder, who runs the blog Cranky Flier, told NBC News in August that the technology could help put an end to lost luggage crankiness.

“The airlines have been doing better in general when it comes to mishandled bags, but this is going to help significantly,” Snyder said.

“Things really go off the rails when you have storms and you have bags scattered everywhere,” Snyder said. “Over the past few years, you’ve seen airlines going behind the scenes to focus on better operating and handling.”

That investment is reflected in the declining number of missing bags across all major U.S. airlines. For the month of June, there were 2.82 reports of mishandled luggage per 1,000 customers, according to the Department of Transportation’s Air Travel Consumer Report.

During the same period last year, there were 3.47 reports per 1,000 passengers.

So there you have it. With one less travel annoyance to worry about, you can now shift your focus to other thorny issues, like flight delays and having a seat neighbor who hogs the armrest.

Costa Rica Trying to Save Exotic Green Macaw From Extinction

Will Aerial Trams Become a Reality in Costa Rica?