Costa Rica Trying to Save Exotic Green Macaw From Extinction

Costa Rica News (EFE) – With barely 1,000 individuals left in the world and its habitat dwindling each year, a fight is under way in Costa Rica and the Caribbean to save the exotic green macaw (Ara ambiguus) from extinction. 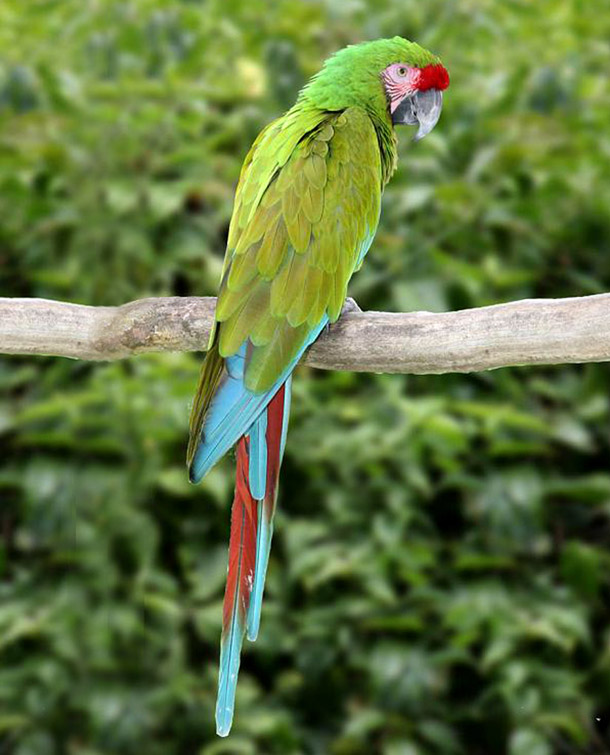 The Ara Project is being carried out in the tropical forest of Manzanillo in Limon province, which has become an important site for the conservation and reproduction of these large and beautiful birds, with their colorful green, red, blue and yellow plumage.

The administrator of the refuge for the birds, Duaro Mayorga, told EFE at the site that since 2011 the project has released 45 macaws into their original habitat, of which 35 still survive and about 20 continue to return to the site each afternoon.

“Fifty years ago, the green macaw went extinct in the southern Caribbean part of Costa Rica. We’re not introducing a new species; they lived here and, due to man’s activities, they became extinct,” Mayorga said.

Before the refuge was founded, Costa Rican authorities and environmental organizations had rescued 150 of the birds who were being held as pets, but they could not reintroduce them into their natural habitat because they had become too dependent on humans, he said.

It was then that the decision was made to use them for reproduction, with the aim of releasing their offspring into the forest, as the Ara Project has been doing since it was founded by Americans Margot and Richard Frisius in 2009.

Given that 80 percent of the birds’ diet consists of mountain almonds, which is becoming more and more rare due to deforestation, protecting the trees is also one of the project’s key goals.

The birds mate for life, reproduce at the refuge, where they learn to recognize their native foods and fend for themselves, after which they are released into the wild.

The greatest human threats to the species are deforestation, and hunting to make them pets or to obtain their colorful plumage, but they are also preyed upon by pumas and other species such as falcons, eagles, toucans and snakes.

Mayorga says that direct contact between the birds and humans at the refuge is strictly prohibited, although they have become somewhat accustomed to the presence of tourists.