Singing the praises of a “creative brand explosion” in niche “hotels, sneakers, iced tea, even ice cream,” an obtuse cheerleader for the status quo in the global mass media exclaims: “The world is a significantly better place for nichification.” 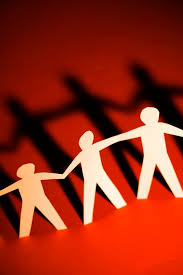 You encounter this word ‘niche’ a lot lately. Not as much as the word ‘iconic,’ but close enough to irritate, especially since both words are so misused and overused. A professorial reader recently put it this way: “I believe that we must meet our audience where they are while also nudging them toward something new—and that we must all go at it in different ways, along niche lines.”

Egads, have we come to that? The subtext drips with superiority and superficiality—ugly alone, superficial in tone. All the more so because it sounds so reasonable and achievable, though it’s actually neither.

One should always stop at the word ‘we’ and ask, what ‘we’ are we talking about? In this case, the ‘we’ is the presumed class of academic types who think they stand above the hoi polloi, which is comprised of “the large class of self-concerned unengaged Norte Americanos.”

The first question is whether ‘we’ have anything new to offer, or are offering up the same old Brie? And nothing is more tiresome and irksome than class divisions presented as egalitarian concern.

One’s first and last audience is oneself, though in an artistic rather than self-centered way. Not that I consider myself an artist, whatever that is, but rather, if you don’t write first for yourself, you surely write down to your readers.

The nub of this rub is the notion of ‘niche’ however. There’s a cosmic irony here, which the gods, if they exist, chuckle at when humans talk of niche.

The term niche is a shorthand and bastardized version of the phrase, ‘ecological niche,’ which “describes the relational position of a species or population in an ecosystem.” In scientific terms, “the ecological niche describes how an organism or population responds to the distribution of resources and competitors, and how it in turn alters those same factors.”

But with regard to humankind, the term does not apply, since humans, possessing ‘higher thought,’ are the sole species on this planet no longer bound by the primeval bonds of niche. Thus humans range from rainforests to arctic environments, and live in skyscrapers in Manhattan or in tents on the tundra.

Put simply, in nature each species has a distinct, unique niche. With the evolution of man, however, the bonds of 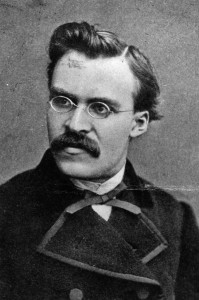 niche were severed. Niche in biology refers to how an organism fits into the whole; niche in human culture refers to a specialization apart from the whole.

As humans, we exploit any and all resources to our utilitarian needs and consumeristic desires. Increasingly, thanks to advertizing, people are unable to distinguish between the two, which is why the term “creative brand explosion” is so odious.

The niche-advocating professor is an ‘eco-psychologist,’ a relatively recent discipline in academia that “studies the relationship between human beings and the natural world through ecological and psychological principles,” and which fancies itself as a bridge for many disciplines.

Without getting into the weeds here, from its inception eco-psychology has struggled with its identity. Is it a science, or not a science? Does it embrace science, or remain critical of it? Eco-psychology’s core confusions are embodied by the word ‘niche,’ which rightly refers to biology but is wrongly applied to humans.

In short, human niches pertain to my little domain, my field of expertise, and my little part in the war and consumeristic machine (which are essentially the same thing).

Perhaps the best and most nihilistic spokesman for ‘nichification’ is Friedrich Nietzsche, who said, “Hope in reality is the worst of all evils because it prolongs the torments of man.” We can’t ask Friedrich just what he meant by that clever condiment, but I think if you substitute the word ‘trust’ for the word ‘hope,’ and ‘life’ for the word ‘reality,’ you’ll have a pretty good idea.

Which brings us back to the advertizing niches of “hotels, sneakers, iced tea and even sneakers,” and how “the world is a significantly better place for…creative brand explosion.”

It may take 300 years, and an ecological catastrophe that reduces the human footprint significantly, but nature will put man in his place if human beings don’t see our place in nature. That requires questioning and having insight into the fragmentation of ‘nichification.’

Living in CR; Getting Through The Bad Days