World News – If everything goes as planned in her life, 29-year-old Brittany Maynard’s death will occur on Saturday Nov. 1 — in her bed, on an upper floor of her Portland, Oregon home, with cherished music filling the room. 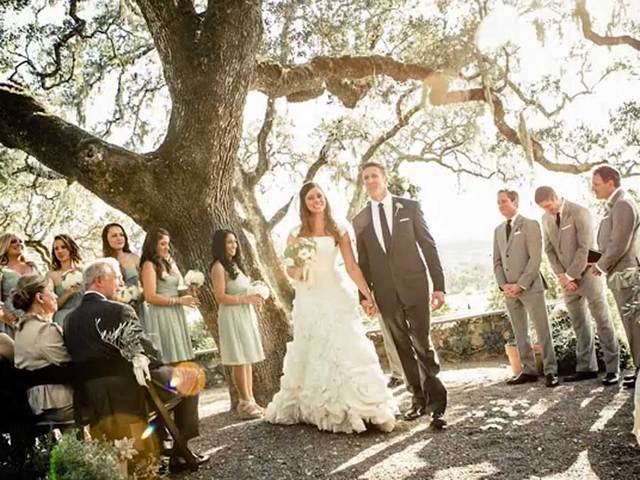 Lately, though, nothing in Maynard’s life has flowed like she once dreamed — no children with her newlywed husband, no more time. She has brain cancer, grade 4 glioblastoma. In April, a doctor told her she had six months to live.

Now, Maynard has embarked on a rare farewell bathed in politics and poignancy — all painstakingly organized and openly shared, she said, in a bid to help to change laws for dying Americans who feel they are forced to endure the full, gruesome descent of a terminal illness.

Maynard made three choices that are elevating her final days to viral immortality. She moved with her husband, Dan, from San Francisco to Oregon — one of five states where doctors can legally prescribe life-ending drugs to the dying. She obtained the two bottles of lethal pills and selected the precise moment, place, guests and soundtrack for her last breaths. And she posted the reasons for all this in a video that, as of Wednesday night, had received more than 3.5 million views.

“I can’t even tell you the amount of relief that it provides me to know that I don’t have to die the way that it’s been described to me that my brain tumor would take me on its own,” Maynard says in the video. “…I hope to pass in peace. The reason to consider life, and what’s of value is, to make sure you’re not missing out.

“Seize the day. What’s important to you? What do you care about? What matters? Pursue that. Forget the rest,” she says.

“Death with dignity,” her husband adds on the video, “allows for people who are in the predicament of facing a lot of suffering that they can decide when enough is enough.”

Advocates in the “death-with-dignity” cause — a decades-long push to give more Americans access to legal, end-of-life options — view Maynard’s crusade as “a tipping point.” They assert she seems to be engaging scores of younger people who likely never mulled this tortuous issue, typically faced by older folks.

“This movement is gaining traction by the hour,” said Barbara Coombs Lee, president of Compassion & Choices, a national nonprofit dedicated to expanding the rights of the terminally ill. “You have had Stephen Hawking saying, ‘I want this option,’ and Desmond Tutu saying he is devoting the last years to death with dignity. Then, suddenly, here’s this thing with Brittany, and you say: ‘It’s really happening. The tide has turned.'”

Maynard and her friends approached Compassion & Choices, asking if the Denver-based organization “would like to be part of our plan,” Coombs Lee said.

The group responded: “Yes, we would be honored,” but Coombs Lee emphasized, “This is her campaign.”

“She resonates because we were all once 29. A lot of us remember when we were starting our families. And a lot of us have lost a loved one to a brutal disease,” Coombs said. “She is aware of the injustice that she had to uproot herself, her family, her home and establish a new home as a legitimate Oregon resident in order to qualify” to get the fast-acting drugs that, when swallowed, will caused her to fall asleep, depress her breathing, and end her life.

An attorney and former ER and ICU nurse, Coombs Lee coauthored Oregon’s Death with Dignity Act, on the books since 1997. In the ensuing years, more than 1,170 Oregon residents have obtained end-of-life prescriptions under the law, and more than 750 people have used them, according to Oregon state health records.

But Oregon ranks among the states with the highest “suicide rates,” said Jennifer Popik, legislative counsel for the National Right to Life Committee, which calls each of those deaths “a preventable tragedy.”

“While the case of Brittany Maynard is tragic, the fact of the matter is that in the states where doctor-prescribed suicide is legal and records are kept, most people seek suicide not because they are experiencing pain from illness, but because they feel like they are becoming a burden or losing autonomy,” Popik said.

“States that have laws legalizing doctor-prescribed suicide are turning their backs on vulnerable populations of people who are either depressed or worried about what their future holds,” she added. “… These laws do not offer a patient ‘dignity’ but only abandonment from health care workers and family who are supposed to care for patients and loved ones in these dire times.”

In the days that remain for her, Maynard hopes to spend as many hours outdoors as her body and energy will allow. Seizures and fatigue have set in.

But with an exit plan in place, she knows she has some control over the inevitable decline the tumor will cause.

Her final moment has been mapped. And it does not sound scary.

“I plan to be surrounded by my immediate family, which is my husband, and my mother and my stepfather and my best friend, who is also a physician.

“I will die upstairs in my bedroom that I share with my husband, with my mother and my husband by my side, and pass peacefully with some music I like in the background.”