Costa Rica Sports News – The Red Bulls’ longest tenured player is probably going to add at least another year to his legacy. Roy Miller, a Costa Rican, was signed for the 2010 season and will be extending his stay in New York. 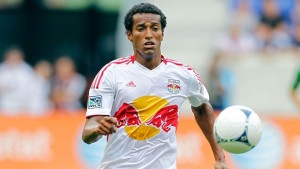 The Red Bulls haven’t yet reached a deal with Miller, but both they and he want to stay together for a multi-year deal. An agreement should be reached in the upcoming weeks.

Miller made 96 appearances and 87 starts with the team. He hit a rough patch this past season but he is back as a solid player. He dealt with an Achilles injury and also a call to the Costa Rican national team.

He played in the Eastern Conference semifinals, although he sat out for the second half.

When he was uninjured, he started 16 times this season and played 1,367 minutes.

The 29-year-old’s strength is in pushing forward from the left back position.

He’s a candidate to play in the World Cup for Costa Rica, next year.