Costa Rica News – Urchins and starfish have a newly found relative, a “new” species of sea cucumber that was found in the Cabo Blanco Nature Preserve in Costa Rica. This creature was found 17 feet down, on the bedrock. 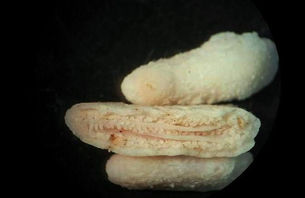 It’s been named Lissothuria Caboblanquensis, after the reserve in which it was found. The reserve is celebrating both this new discovery and its 50 year anniversary. Jaime Nivia is credited with the discovery of this species.

The small creature has 10 tentacles around its mouth. Its total size is only 2 inches. Despite being called a sea cucumber, it is not a vegetable, but an invertebrate.

They help the ecosystem by processing the sediment found on the seafloor. Their eating habits increase the seawater’s alkalinity.

Costa Rican fishermen often catch and dry them and then send them to Nicaragua or Asia. A single sea cucumber is worth $4-20. Four people were arrested last year for extracting them from the sea.

Only in Costa Rica for Week of June 2nd