Costa Rica News – Having lived in the Heredia area for a stint of time in Costa Rica as well as various other locations in the land of “Pura Vida”. I would truly have to say that Heredia produces some of the most beautiful women in the country. The Miss Costa Rica pageant just confirmed this belief. 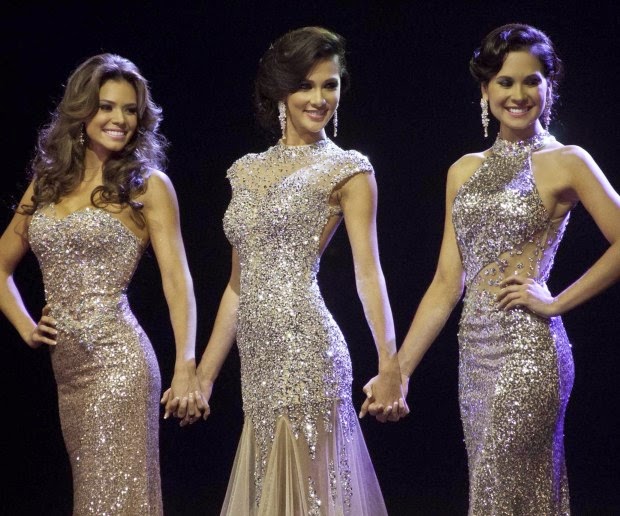 Can you hear The Beatles? The choreography and moves brought us to a time of the past. Of course, we are talking about the Miss Costa Rica beauty pageant. In case you missed it, Karina Ramos took the crown…and there was really never a doubt as she was in a league of her own during the entire competition.

The new Miss Costa Rica lives in San Jose and studies public relations. The 20 year old is originally from Heredia. She soared above the remaining ten candidates and has solidified not only the crown, but a ticket to the Miss Universe 2014 competition, at which she’ll represent Costa Rica.

Ramos took the lead early and continued to dominate each round of the competition, in the end taking the crown. She was congratulated backstage by her parents right away. What a moment! She deserved to enjoy every second of it.

She truly looked amazing in her evening gown (not to mention how stunning she was in her swimsuit) and she answered questions with poise and confidence. She had to wait patiently as they announced the top three ladies. Her smile broke the nervousness in the crowd when she realized she won.