Costa Rica News – Santa Cruz and Nicoya, towns in Guanacaste, are preparing for the construction of landfills. 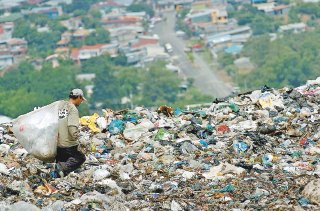 The one closest to them at the moment is all the way in Montes de Oro, Puntarenas.

The Municipalities were awarded feasibility by the National Environmental Technical Secretariat but then the projects stopped progressing at a good speed, according to the sectors.

Santa Cruz got the environmental endorsement in 2015 and urgently needs the landfill.

The mayor, María Rosa López, put out a tender to hire a firm for the development but the process was interrupted when an interested party claimed there were very few days notice given to submit offers.

The landfill will take 13 hectares of a 33 hectare property. The rest of the farm will be used for recycling and nurseries run by local women.

The one in Nicoya was closed in 2011 and a year later the city got permission to create a new one.

The plan, however, was challenged by various sectors in the community.