Lately I’ve been grappling with the distinction between necessity and need. What is the difference between them, and can one see the dissimilarity as need and necessity present themselves?

Need is always entangled with desire, which is rooted in unseen and unaddressed thoughts and emotions, as well as hidden patterns in our personality. The basic requirements of survival—food, clothing and shelter—are obviously necessities, while nearly everything else springs from psychological desires and needs.

Need always carries with it the subtle fear of it being unmet, whereas necessity is simply the fact, like hunger or thirst. It becomes much more complex with sex, which is both a biological drive and psychological need.

With death, divorce, or the loss of a friendship, one’s needs come to the fore. Initially one feels hurt, mournful and sad. These strong emotions pass, and one is left with a feeling of emptiness, longing, and…the continuation of need.

We take need as a given, as we take desire as a given. But are they? Do we have to live in terms of desire, need and attachment?

When I need someone, or something from someone I’m attached to, and they can’t or won’t give it, there is hurt, blame and self-pity. It’s easy for these emotions to become fixed patterns in our personality, especially as we grow older. Habit, that cottony, comfortable thing, often becomes sackcloth too late to understand its harmful nature.

So attachment, dependency, need and fear all go together—where there is one, there are the others. Can one see the whole structure at once, and in the seeing, be free of it? Or are we hard-wired that way?

Independence has a value, but the reaction of independence doesn’t resolve the dilemma of desire and the net of need that it weaves. Physically, very few people can provide the necessities of food, clothing and shelter by themselves, yet most people think they’re independent because they can pay the rent and go to the store for themselves.

Independence often doesn’t go much deeper than that. As such it’s not just superficial, it’s destructive, based on the illusion of being a separate self. There is no such thing.

Sophisticated cynics use the circular logic of Kant’s quote, “Out of the crooked timber of humanity no straight thing was ever made.” Basically, it means nothing good can come out of something not good. That’s clearly false, and egregiously self-fulfilling. Sometimes good human beings come out of very flawed backgrounds.

The irony is that such a ‘crooked timber’ worldview, with its patina of human understanding, masks a pitiless misanthropy. It often emanates from Christian traditionalists, people fond of looking down from their comfortable perches with knowing bemusement at ‘the crooked timber of humanity,’ even as they purport to look up at Jesus on the cross.

The fallacy is of the objective observer, though the sandcastle of objectivity is crumbling under the weight of its falseness and irrelevancy. The fallacy is also in setting up a straw man of human perfectibility as a way of rationalizing one’s own emptiness and inadequacy.

Many people speak of acceptance, but what they really mean is resignation. And since resignation is the 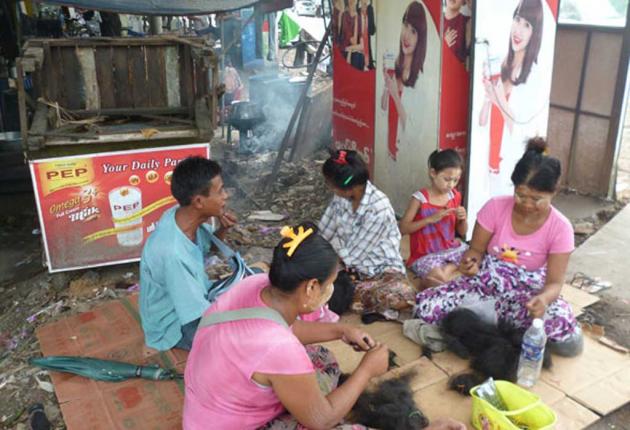 disease of our times, the ‘crooked timber mentality’ is an unconscionable position for someone supposedly concerned with the health of a society to take.

People who refuse to look within themselves put the need for structure first. They believe that putting proper structures in place safeguards against the base and destructive tendencies of human nature. Thus a disingenuous love of human frailty covers an unexamined hatred of humanity.

A consistently self-aware examination of the nature and structure of desire, attachment and need never occurs to the outer directed. They refuse to see that attending to what we are within is our first responsibility, because it affects and ultimately determines our environment, both individually and collectively.

Fixed ideas about the way people are the world are have nothing to do with what is, and the understanding of what is. That’s why since ancient times the first rule is: Know thyself. Worldviews that grow out of self-knowing have validity, but worldviews that come from notions of human fallibility or perfectibility are not viable.

There is no such thing as perfection, and growing into a human being has nothing to do with ideals of perfectibility. Understanding need and attachment is not a function of the desire for perfection or the ideal of the perfectibility of oneself or humanity. It is a matter of liberation, which is an innate drive within the human being.

Throughout human history freedom has been pursued outwardly—the freedom from tyranny, oppression and injustice. Have we attainted it? In America and the West, we are at once more free outwardly and more enslaved inwardly than we have ever been.

Nothing is perfect. Not even liberation and illumination. They aren’t relative however either. There is liberation; I’m sure of it. It’s not an ideal, but a living actuality, which ordinary human beings can realize. I haven’t completely understood and ended the shackles of attachment, need and conditioning, but I haven’t resigned to them either. Neither should you.

What The Hobby Lobby Ruling Means