Nearly Half of CR Schools are Younger than Their Students

San Jose, Costa Rica –Today, the image of an old school, dingy, unpainted and with signs of a potential collapse is not as common as it was 10 years ago in Costa Rica. The reason is that 351 schools (almost half the total in the country) mentioned, recently, received installations, painting, materials for teachers and students. 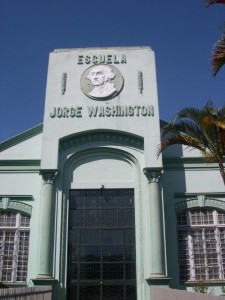 This investment came from the need for secondary education to reach more young people. The amount of children being educated has increased about 20%, yet 18% of the population does not attend school classrooms.

The Ministry of Public Education (MEP) intends to continue with the opening of new schools so that more kids have access to secondary education.

“The commitment is to build new schools to increase enrollment rates, there is still much to invest,” confirmed Richard Vindas Valerio, director of Institutional Planning MEP.

One example is Liceo de Higuito,, one of 10 that opened in Desamperados. Its walls and corridors are spotless.

This facility center opened two years ago. However, since 2006 taught lessons in the community hall Higuito, in an effort to meet hundreds of young people who lost their seat in neighboring colleges.

However, the director of the Lyceum, Teresita Monge, highlighted the fact of having “walls and a large place.”

Although most centers provide access to most adolescents, the solution to the problem of education is not just a matter of cement.

At primary level, the picture is different. Ricardo Vindas added that 100% of children go to school, so the emphasis is not aimed at opening more schools, but to improve the quality of teaching.

He said: “Here we must focus more on how to improve methodologies through extended hours, smaller groups and through a comprehensive educational offerings.”

Although the opening of schools in the last decade is a favorable point in the expansion of education, Gutiérrez Saxe said that much way to go.

“We are still far from covering the entire age population being in school. It takes more effort, “he said.

Costa Rica as a republic is a newer idea and Costa Rica as a whole is still maturing as a nation. I believe that all the common Tico needs is a positive example. Schooling is a positive step in a upward direction. However is this renovation of the education for the masses of the San Jose region only or will the rest of Costa Rica get some needed help as well. If anyone has been to Guanacaste lately, you will see the rapid need for changes in both education facilities and its management of teachers and administrators. It is much lacking in the way of responsibility for its students. My wife and I can not continue to empty our US pockets to offset the difference to help all the students in need.