ALBION, Ill. — A bad case of arachnophobia apparently sent a young Albion, Ill. man running naked through the streets Tuesday morning. What was reported to be a streaker in the northeast part of Albion, turned out to be a young man fleeing a spider in his bed. 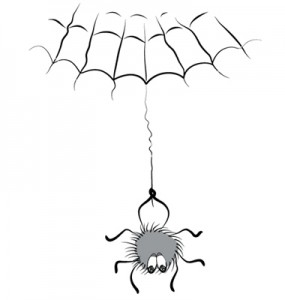 He said a 20-year-old Albion man who was soundly sleeping this morning after working third shift at a local factory, awoke to find a spider in his bed.

“He was apparently disoriented, ran out of his house through the glass storm door and cut his arms, a leg and a finger in the process,” Boewe said. “Bleeding and without a stitch of clothes on, neighbors spotted him running around North Fourth and East Poplar Street around 11 (Tuesday) morning.”

By the time police found the man, he had returned home and put on a pair of shorts. An ambulance was called to take the victim to a hospital for treatment of cuts to his arms and legs from broken glass.

“I don’t believe any drugs or alcohol was involved,” Boewe said. “I just think he was sleeping in the nude and was really disoriented from waking up to find a spider in his bed.”

Authorities declined to identify the man because of the medical nature of the call.