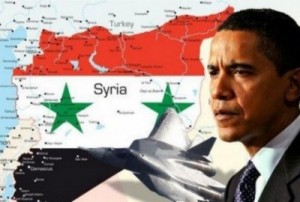 It’s certain that the regime of Bashar al-Assad used chemical weapons on its own people during the wee hours of August 21st, killing about 1500, including hundreds of children.  But even the videos of writhing children aren’t awakening the conscience of the world. The focus is entirely political.

Suddenly, following this latest, massive chemical attack, the slumbering moral conscience of the Obama Administration has been awakened, rising to its full one-meter height. The President of the World declares: “When the world says these weapons of mass destruction should not be used, we mean it.”

Just who is ‘we?’ Desperately conflating “the national security interests of the United States” with “international norms,” our illogically thinking president is dragging out an ill-considered punitive strike by the most bloated military in the world.

The only body more feckless than the UN Security Council is the US Congress, and yet Obama has turned the decision over to it, making the presidency and the United States look not just vacillating and weak, but foolish.

What happens when Assad uses chemical weapons on unarmed civilians again? Will Barack Obama, who sat on his hands for nearly a year while Assad slaughtered unarmed protestors, and has wrung his hands since as the country degenerated into civil war, with over 100,000 dead and millions of refugees, then blame Congress?

America invaded Iraq to destroy weapons of mass destruction that weren’t being used and turned out not to exist. Now chemical weapons are actually being used against civilians in Syria on a massive scale.  America’s problem isn’t its prior foolishness of trying to be the world’s preemptive policeman invading Iraq; it’s the USA’s present hubris, acting like it is still the world’s conscience after Iraq.

The American media has placed the enormity of this challenge to humanity firmly in the context of national politics and war, a mentality the venerable New York Times exhibited today: “Secretary of State John Kerry is the administration’s most prominent hawk” on Syria. That’s just the flipside of the same irresponsible journalism that greased the gears for Bush-Cheney to invade Iraq. 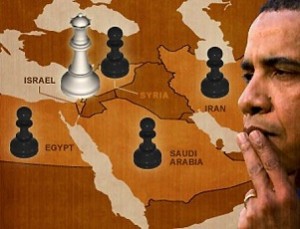 alone (or with one ally, France, ironically the only country that stood against us in the Security Council on invading Iraq). But in part because of President Obama’s inability to lead with regard to Syria, there are no international norms now, not even against the use of chemical weapons.

President Obama sat on his hands as atrocity piled on top of atrocity by the Assad regime for the last two years, his administration stupidly demanding his ouster rather than acting from the principle of the responsibility to protect unarmed people from attack. Of course, killing hundreds of thousands of civilians is exactly what America did in Iraq, and it destroyed whatever moral authority this country had.

With the internal collapse of America, which occurred a decade before 9.11, the world isn’t just facing the real and present danger of a vacuum; it is seeing the results of it. In this case, the vacuum is complete, since it includes leadership, law and institutions capable of responding to this crisis.

Since America cannot fill the vacuum, what is to be done? Where to start, with the United Nations? The UN has become what America and its allies wanted it to be–an ineffectual circus led by a purposely-placed milquetoast, Ban Ki Moon.

In practical terms, which means burning the lungs and bodies of children in rebel-held territory of Syria, both the US and the UN, under any configuration, are now powerless to stop the widespread use of chemical weapons.

The sole remaining superpower,’ lacking all moral authority, cannot be the sole restraining military power. The whole sordid business hasn’t just put American credibility on the line; it’s put the future of humanity on the line.

The real goal of President Obama is the preservation of the international status quo. America’s interest is two-fold: save face and keep the money flowing. France pretends to be the West’s conscience, while lapdog Britain comes out swinging but now sits in its corner.

Follow the money. And the money is flows through the trillion-dollar anti-terrorism industry that has sprung up since the conveniently coincidental attacks of 9.11, another patriotic commemoration of which is coming up soon. There’s also the network of client states in the new Sold War that have to maintained at their present levels of compliance, supposedly sovereign nations like Yemen and Pakistan.

President Obama, like President Bush before him, believes that his and America’s weakness can be offset by the most powerful military the world has ever seen. That’s a bad bet after the deceit and debacle of Iraq. Now the world is confronted with the actual use of WMD’s, and the devil and his lieutenants just laugh.

If war and humanitarian intervention are conflated, it blurs everything into the grayness of evil. The USA doesn’t have the support for these strikes, at home or abroad, and yet America, through the pitiable arrogance of its present president, now has no choice but to put the last shred of its credibility on the line.

History teaches that when evil is not confronted, it feels emboldened and inevitably grows. The situation in Syria and the region could become so bad that the defunct international order America formed after World War II completely and irrevocably collapses.

If so, Obama hasn’t bought himself a little more time, he’s started the clock ticking on the widespread use of weapons of mass destruction, including perhaps nuclear.  The question is, what then?

Why Pay Taxes? You Can Payoff the CR IRS

I share the many of the sentiments expressed here, but I deeply believe that USA intervention will be viewed as an intrusion of Christians into Muslim affairs by much of the world. I believe that radical Islamic people are the minority and that the great majority of Muslims are God-loving, moral people. As such, I think that they, rather than Obama, must lead, or least endorse the activity before we intervene. There is no consensus that our intervention would do a great good, or how we could intervene in a way that would. Also, I doubt that there is a consensus of the American people favoring our involvement, and I really doubt that we should be going into war without the will of our population. Reading many letters to editors on this issue today, I saw that a great number of people think that it would be immoral for us to go into war and many who think it is immoral for us not to. Whatever the case, and whatever the answer–those things are too complex to be relating it to the moral decay of our nation or the corruption of our government as being the reason for inaction in this case. And, I don’t think that the world is waiting to see what the USA does before they decide that a government killing its own people is immoral. I am afraid that by your criteria, the USA could always justify going to war. You are definitely right on one point. The sure way to kill the idea of military intervention is for Obama to recommend it and send the idea to Congress.

From Martin – The ‘Christian vs. Islamic’ division feeds the phony ‘global war on terror’ narrative, and prevents one from having emotional contact with the fact of chemical weapons killing children, who are simply children and don’t belong to either category. Humanitarian intervention to protect civilians, a principle most of the people and nations of the world agree upon, is not war. So stop putting the issue in terms of war. And yes, “the moral decay of our nation or the corruption of our government [is precisely the underlying] reason for Obama and America’s inaction in this case ” and with regard to the entire Syrian crisis. President Obama has shown no true leadership because America is no longer capable of true leadership. But if the use of WMD’s spreads, and the region is engulfed in war, America will be dragged into a very real and preventable war.