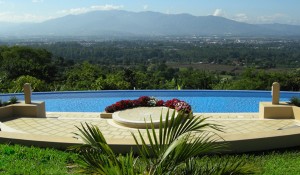 Based in Alajuela, Xandari Resort & Spa becomes the first overseas acquisition by MLHS. The resort was added to Muthoot group in December 2013. MLHS has also extended its collaboration with Raxa Collective to manage the property hereon. The company plans to spend Rs 200 crores in next two years for its expansion plans, said George M George, executive director of the company. The group has also planned to scale up its overseas operations by adding more properties in Central America, Africa and Sri Lanka.

He added that the concept of eco-friendly resorts originated in Costa-Rica and this acquisition is part of promoting environment-friendly projects around the world. ‘Moreover, it is aligned to our vision of offering excellent service and hospitality to our guests, complemented by exquisite exposure to the heritage of that region. I am confident that the uniqueness of this property will appeal to global visitors and will go a long way in strengthening our business here. Having said that, India continues to be our focus market and we will announce our domestic expansion plans very soon”, he said.

Xandari Resort & Spa is a tropical paradise of 24 individually designed villas nestled on a 40 acre plantation overlooking the Central Valley of Costa Rica. Each villa is beautifully designed and dressed up in a combination of barrel vaulted ceilings, thatch roof, colorful walls, tile floors, original artwork by the owners, rattan chairs and traditional textiles. Adding serenity are the expansive lawns, covered by palapas. Guests are offered therapeutic spa service, set in the tropical garden with private palm-roofed gazebos, each with its own Jacuzzi and view. The resort also offers farm-fresh scrumptious cuisines for the guests.

Costa Rica stands as the most visited nation in the Central American region, with 2.2 million foreign visitors in 2011. International tourist receipts rose to $2.4 billion in 2012, and the lead country of origin was the United States of America, followed by Nicaragua and Canada. Ecotourism draws many tourists to visit the extensive national parks and protected areas around the country. The resort has received many recognitions and awards for its exceptional hospitality, George said.