World News – I look at everything that is going on in this world Ferguson, corrupt governments, wars, and all the other things that humans cause and it makes me wonder if anyone still has a heart.  Then I come home to my dog and she is always there right by my side on good and bad days. 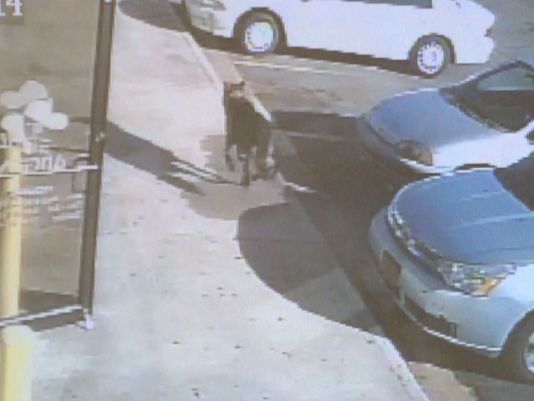 This story is more proof that dogs are better than people.

A pet German shepherd named Noah died taking a bullet for three children and their mother after a road-raging gunman opened fire on their SUV, Georgia police said Sunday.

The mom and her kids weren’t even the targets of the shooting, Atlanta Police Sgt. Gregory Lyon told NBC News. They were just bystanders in an argument between a gun-wielding motorist and another man outside an Atlanta strip mall Friday.

Fortunately, the mom and kids weren’t hit by the gunfire, according to police. But the unidentified gunman struck Noah and blasted the windows of the SVU, spraying shattered glass over the seats.

“The dog took the bullet for the kids so the kids would be safe,” a witness told NBC affiliate WXIA in Atlanta.

In surveillance footage broadcast by the station, the injured dog can be seen trotting past one of the shops in the strip mall immediately after the shooting.

Police said Noah had jumped out of the passenger door window and ran after the shooter’s car before retreating behind a nearby building, where he died between two fences.

“Your heart just goes out to that poor dog,” Lyon said.