Costa Rica News – Just in case you were hoping that the cost of living might go down a little bit in Costa Rica, think again. While we have been enjoying the sunny last couple of years, many in Costa Rica have neglected to consider the impact the lack of rain might have. The older, wiser ladies have noticed the price change in every vegetable, compared to what it was two years ago. They blame it on the lack of rain affecting farmers. 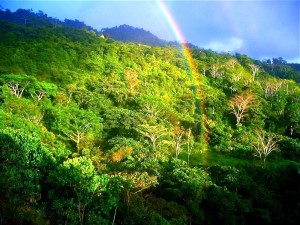 Now, with the risk of another year with less rainfall, the Costa Rican Electricity Institute (ICE) is threatening to raise electricity rates more than was expected.

ICE’s cost to run electricity generation is very high. For the first two quarters of 2014, the Regulatory Authority for Public Services (Aresep) approved two rate hikes, one which already happened, followed by two cuts, in July and October.

If the hydropower production falls short, however, more hikes can be coming our way, to cover the burning of more oil. The annual bill rise might come in at 55,698,000 colones, according to ICE’s prediction. That will inevitably be charged to consumers little by little.

Duran Elberth, an ICE spokesman, pointed to the fact that the prognosis depends on the climate, which is uncertain. Predictions don’t always come true. Technology is not perfect. I remember once listening to the TV telling me it’s raining extremely hard. Looking out the window, I saw only sun. The climate is not completely predictable, even day-to-day, never mind for a whole year at a glance.

Duran said that we could have an extremely dry season or the wettest we’ve seen in recent years.

Duran added that the Institute is working on a wind plant in Chiripa that will contribute 50 megawatts. Other long term plans include the use of geothermal energy and hydrocarbons.