Costa Rica News – Diario Extra one of the Spanish news sources in Costa Rica is quite angered right now as they feel their personal rights have been violated.  I think that the one law enforcement agency that shows their competency on a daily basis was probably just doing their job. 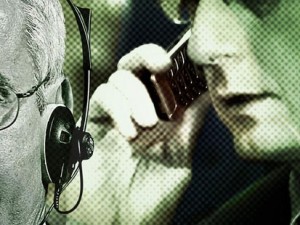 Paola Hernandez, the assistant director, Iary Gomez, the general manager, and Carlos Serrano, Grupo Extra’s lawyer allege that this action threatens freedom of press, which is guaranteed in Costa Rica. Hernandez said of the incident that it is “the most blatant act of espionage that the judiciary has not only executed on Grupo Extra, but also on other media.”

Attorney General of the Republic, Jorge Guzman Chavarria, denies that the act in question was espionage. He admitted to the trace of calls from journalist Manuel Estrada, but claims that the calls being traced had nothing to do with him being a journalist, rather it was ordered as part of an investigation into an official of the OIJ, concerning the disclosure of confidential information.

The information had to do with two kidnappings. It is thought by some that the leaked information put many victims and other people involved in immense danger. The connection that Estrada had in the OIJ was a woman named Fonseca. Fonseca was suspended with pay while the investigation was ongoing. If convicted of giving out confidential information, she could face 2-8 years in prison.

There are certain instances when in the course of trying to catch criminals I truly believe that violating privacy laws might be necessary.  Kidnappings are one of them.  I do not propose that all phones lines are tapped all the time just in case but if there probably cause I have no problem with it.