Miss Costa Rica Shows Off Her Dress For Miss Universe 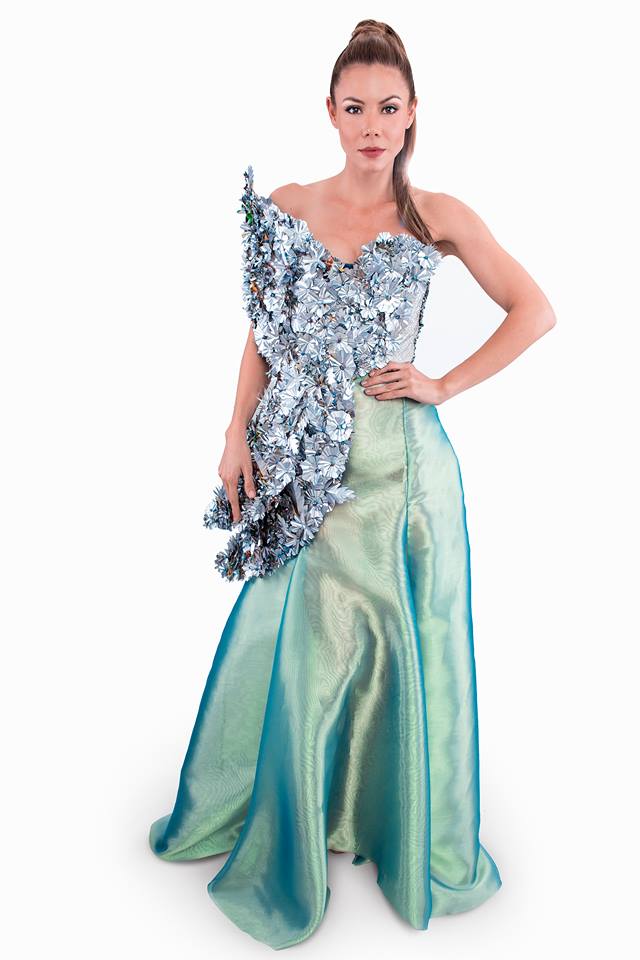 Miss Costa Rica will wear the intricate design they created to represent biodiversity.

It’s made of beer cans, cardboard, beads and organza textile. These elements form the fantasy costume that will Carolina Rodríguez will wear to represent the country.

It’s meant to look like the bird of paradise flower.

The bottom is green tones of organza while the top took over 600 hours of manual labor to finish. Each of 500 flowers is cut from aluminum beer cans and then embossed to look three dimensional. Then beads are added for extra shine. They are then glued on by hand.

The dress took four months to develop, from design to approval, under the supervision of Rob Chamaeleo, fashion designer and career director at the university. Carolina also made a few requests.

During the competition, Carolina mentioned her interest in environmental conservation.

That’s why her fantasy costume is based on biodiversity. Nature is part of our culture and thus an integral part of the competition. The dress is also intended to show off her silhouette.