Misanthropy Runs Amuck, and Aground

It must be summer, because a new spate of apocalyptic movies has arrived. But though reviewers take comfort in their long and ludicrous history, there’s something different this year. The new crop of would-be blockbusters doesn’t belie fear, but betray a widespread wish for the world to end. 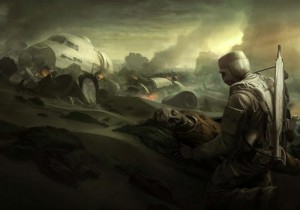 I have about as much urge to see “Oblivion” as I do to attend a Scientology lecture. Tom Cruise’s performance, plus a few impressive technical tricks, are the only things to commend the movie according to a consensus of reviewers.

But I’m curious about its post-apocalyptic backdrop, as I am about Will Smith’s journey into the thematically well-charted and climatically uncharted territory of “After Earth.” The titles alone of both films speak volumes.

We need to remind ourselves that all movies, whether set in the past as period pieces, or in the future as sci-fi fantasies, are actually about the times in which they’re written and shown.

“Oblivion” is ostensibly “a father-son story about a young hot shot who has to learn to trust his father and to control his emotions if he is to avoid being killed by an alien creature that can track and kill humans by the scent of their fear.”

At another level, it’s obviously a post-apocalyptic children’s tale of how the self-made evil in human consciousness exploits our weaknesses and turns us away from life (please, not ‘our better selves’). “Danger is real. Fear is a choice,” according to the script. The first premise is true, the second false. Danger is real, and fear is an inadequate response.

In Brad Pitt’s “World War Z,” the inwardly dead watch the outwardly undead, as “United Nations’ employee Gerry Lane travels the world trying to find a way to stop the zombie pandemic that is defeating armies and collapsing governments.” I’m reminded of Jesus’ quip: “Let the dead bury their dead.”

The most technically advanced and philosophically misunderstood sci-fi classic, “2001, A Space Odyssey,” is cited in many reviews without even an attempt at context and insight. Reviewers have become like the film’s astronaut rapidly 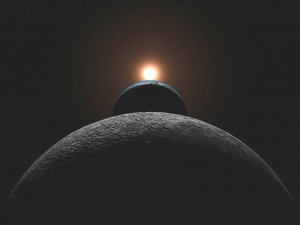 aging before his own eyes, at once certain and fearful that there’s nothing but their ennui, even as the cosmic child waits in wonder, gestating unseen beyond the orb and orbit of the world.

Misanthropy is all the rage, and something more is going on here than mere movie making. The invasive yearning for the end of the world is not simply a death wish, but an expression of a pervasive self-projected hatred of man. Is it also an inchoate desire for the destruction of the old and meaningless, so something new and meaningful can be born?

If so, the collective world-weariness and disgust with the ways of man reflect a twisted and truncated aspect of creation. If we can’t remake the world anew, we can at least hope a meteor or a supervolcano or an alien species will clear away the crud.

Of course, that never includes us, or our loved ones, although lately I think a lot of people would be ok with that too, if it was quick and painless.

Does all this apocalyptic feel-bad have a prophetic element, or is it just a self-fulfilling drift? Or does it have nothing to do with this surreal, so-called real world, and is merely summer entertainment?

Certainly the world is destroying all space—space for other animals and space for the dwindling number of human beings (space taken up by real-world zombies of course). That’s why outer space holds such imaginative appeal.

In the present wave of stale scripts and substance-less storylines, the earth abides, but man slides into ‘Oblivion.’ It’s a very strange state of affairs indeed when so many people dream about a ‘world without people’ as the restoration of Eden. 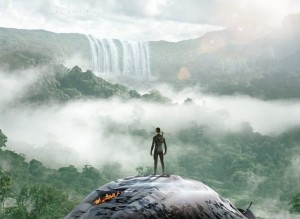 “Gaia is rejecting us,” intones the director of ‘After Earth,’ M. Night Shyamalan, who says there’s “a soul” behind everything.

But doesn’t that just beg the question, since the earth evolved man too? Indeed, it wasn’t very long ago that man was called ‘the pinnacle of creation.’ How far we’ve sunk in our own eyes! Might it not be that both views are wrong?

Exemplifying the all too human tendency to try to have things both ways, one often hears some variation of the refrain, ‘people have always thought their time was the end of the world.’ Yes, but this is the first time people have cited being wrong in the past as a way of avoiding the real and present danger to the planet in the present.

It’s not that the earth exists for man, but does the intelligence of the universe patiently await the awakening of human beings to begin to fulfill nature’s intrinsic intent on this planet?

And does the end of world that so many people both dread and desire echo a subconscious realization that man must die for the human being to awaken? (Not physically expire, but psychologically die.)

Cosmic intelligence (which is an intrinsic and immanent quality, not a separate and extrinsic God) has no relationship to this world, and never did. But one feels it cares about the fate of humanity, since we are the only species on this planet with brains capable of awareness of Mind.

If so, man is the ugly chrysalis concealing, in the death throes of his hubris and cynicism, the nascent realization of the universe’s endless goal.
But the work only advances through negation; there is no positive, progressive ‘evolution’ of society and the human species.

Aftermath of the Death of Jairo Mora Sandoval

Costa Rica: No Spanish – No Problem