Costa Rica: No Spanish – No Problem

Costa Rica News – Bless her heart, but my wife’s friend “Linda” (name changed to protect the embarrassed) has a knack for often saying the “wrong” thing when speaking Spanish. And during her recent visit to our home in Costa Rica she outdid herself. 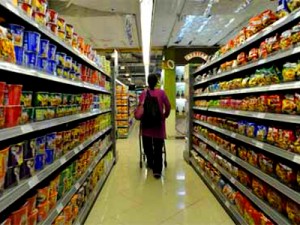 At breakfast she tried to tell the waiter she needed more coffee because she was tired (Estoy cansada) but repeated Estoy casada (“I’m married”) several times, as if fending off his advances.

He knew what was going on and smiled. Then gave her a mini-lesson in the vital difference that missing “n” made.

But I will give credit to Linda for knowing the number one rule of speaking Spanish in Costa Rica. You can get by just fine without hardly any knowledge at all. You can do your banking, pay your bills, go shopping, buy a car, get medical care (so many doctors trained in the U.S. and Canada, almost all are fluent)…everything, without speaking a word.

But the thing is…a little goes a long way. And it’s definitely worth learning what you can.

Even if it’s just a simple Buenos Dias, Como esta? “Good morning, how are you?” and then you launch into English, Costa Ricans really do appreciate the effort.

It’s a sign of respect, plain and simple, for the people of your new home. And if you decide to go further and end up stumbling over your words, don’t fret. As with Linda, nobody will scoff or laugh. They’ll be patient and kind, eager to let you practice.

In tourist areas, you’ll have more English speakers, of course, especially at hotels, shops, tour companies, and bars and restaurants. In some very expat-heavy regions, especially on the Gold Coast on the northern Pacific, it’s as if English is the first language.

But even in off the beaten path areas, many, especially the younger generation, speak pretty good English. It’s thanks to classes at school, private lessons, and satellite TV.

Canadian Ruth Thumm has lived off and on in Atenas, in the Central Valley, for nearly 20 years. One of the first expats in town, she gets by knowing a few phrases to chat with the neighbors and some numbers to buy produce at the farmers’ market.

I’ve met plenty of expats in the same boat. Maybe they’ve struggled through Spanish courses or just don’t feel they can learn a new language. But it’s not an obstacle to truly enjoying life in Costa Rica.

And Linda? She made it through a two-week public bus trip throughout the country, including some very remote areas, just fine.

Misanthropy Runs Amuck, and Aground

An Intro to Shipping Your Car to Costa Rica

Yeah, A traveller looking to get scammed and “gringo priced” for everything can do fine. Anyone trying to take care of something critical had better gain some Spanish abilities. The Ticos fluent in Ingles here have a weapon far more useful than a Glock.