Health News – How far would you go so you don’t ever break a sweat? Some people are taking an extreme measure — microwaving their underarms — to eliminate odor that comes with a little perspiration as well as remove underarm hair. Bye bye deodorant! 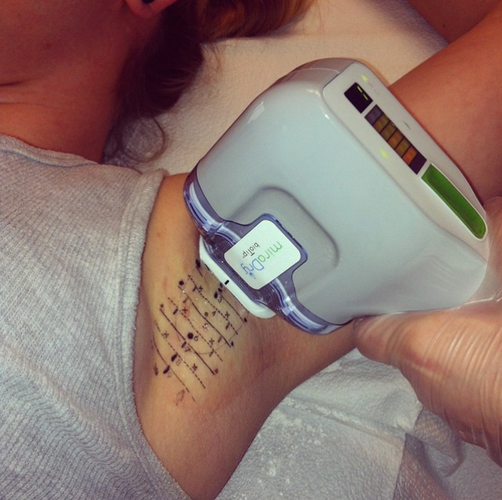 Here’s how microwaving your armpits works: the microwave energy is embedded into the underarms via a new treatment known as miraSmooth, which claims to both eliminate sweating and underarm hair (no sticking your underarm under or in an actual microwave).

According to Miramar Labs, the creators of miraSmooth, the treatment is noninvasive and can be completed within 60 minutes. The microwave energy is targeted at the interface between fat and skin where the sweat glands and hair follicles are located in the underarm area. It creates such intense heat that it destroys the glands and follicles entirely, preventing them from regenerating.

Unlike lasers which requires hair to be dark in order to work, microwave energy can work with any hair color and type as well as any skin color.

But the treatment comes at a cost, both to your body and your wallet.

Although the company’s website says the treatment does not hurt, local anesthesia must be applied to the treatment area. Also, there are reported side effects.

“There can also be significant pain and swelling after treatment which is variable in severity and also in duration ranging from one week to a few weeks, and from minor swelling to grapefruit-like massive swelling in the underarm,” Dr. Jessica Weiser of the New York Dermatology Group wrote in an email to TODAY.com.

The New York Dermatology Group does not currently offer miraDry treatments. Weiser also cited the possibility of the body trying to compensate in other areas for the loss of sweating as it tries to regulate body temperature.

She added: “Temporary altered sensation is well described but in most cases appears to be transient with complete resolution. The degree of nerve injury is dependent on the energy level of treatment (there are 5 treatment levels) and also on the thickness of the skin – thinner patients tend to have higher risk of nerve injury due to less barrier between the treatment depth and the nerve depth within or below the fat.”

And let’s not forget about the financial cost, which is said to be in the couple thousand dollars range.

As for the safety of the treatment, Weiser said that women can take comfort in the fact that microwave technology has been safely used for years.

“Microwave technology has been used in medicine for decades, long before the advent of miraDry for sweating and hair reduction,” Weiser wrote. “Microwave applications in medicine include coagulation and cautery to stop bleeding, destruction of tumors and cancer cells, cardiac ablation, and more. If microwaves have been safely applied for internal organ use and for cancer destruction then it would seem reasonable that application to the skin should not be more dangerous than these other indications.”.

She added, “Because the device is still relatively new in the spectrum of laser and energy devices, it is likely too soon to comment on the long term safe of microwave technology as it pertains to the skin.”

Looks like we may actually have to wait and see if this wacky trend is all it’s cracked up to be!

Evolution and the Religious Mind