Evolution and the Religious Mind

A local Lutheran church, which is considered one of the more progressive faiths in this town and country, has an astounding declaration on its home page. 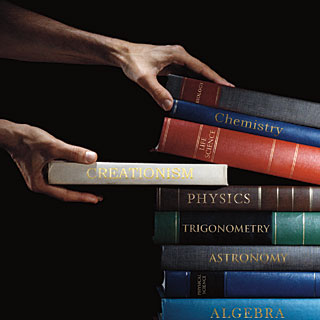 “We believe that Genesis chapters one and two are factual accounts of creation and we therefore reject the false teaching of evolution which has no scientific basis, but is simply another of Satan’s schemes to lead people away from the truth.”

God help us. “The false teaching of evolution…is simply another of Satan’s schemes to lead people away from the truth?” Why do people believe such rubbish, or for that matter in the literal truth of Genesis? What motivates such intractable ignorance?

It behooves thinking people to try to understand the distorted thinking of their self-declared enemies. First because this kind of stuff is dangerous in a supposedly developed society; and second because such beliefs have nothing to do with spiritual life and what Jesus taught.

Creationism would have been stupid five years after Darwin wrote “On the Origin of Species.” In our time of tremendous scientific discovery, it’s beyond the pale.

Why does evolution represent such a threat to the belief system of many Christians? Because they realize that if all life evolved through natural selection, man is not at the center and is not the goal of creation.

So evolution is considered “simply another of Satan’s schemes” by creationists because it refutes the special creation of man. Without special creation, fundamentalists think humans become just another animal. Of course that’s not so, because we humans are destroying half the other animals on earth.

For Christians, their God is a personal protector and Lord. As such, there is a deep arrogance underlying their false humility. Rather than simply acknowledge that God is something the human mind cannot grasp, they cling to their small conception of God as if was Truth itself.

For most scientists, operating from a mechanistic view of the universe, the proposition that cosmic and terrestrial evolution is not completely random, but deeply creative, and that there is an immanent cosmic intelligence, threatens their worldview as well.

After all, if scientific knowledge is inherently limited, however much it grows, and then science is an intrinsically limited enterprise. And since there is 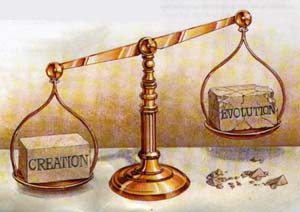 no such thing as complete knowledge, the very incompleteness of knowledge is a driving force in science.

The universe is multi-dimensional, and nature will always surprise humankind, no matter how far science goes with observation, theory and experiment. Superficially, scientists acknowledge that knowledge is intrinsically incomplete, but consciously or subconsciously still make the accumulation of knowledge primary.

There are also questions that simply aren’t in the purview of science. For example, what is the source of insight? Is insight a function of thought, without which there could be no science, or does it arise from beyond thought, from the intelligence that imbues nature and the universe?

Most importantly, can human beings live in harmony with the order of nature, rather than continue to fragment the earth all to hell as we’re doing?

Finally, though science has produced a much better material life for half the world’s people, it cannot resolve the grotesque disparities in wealth between people and regions. Organized religion, on the other hand, has aided and abetted economic, gender and ethnic inequality and injustice, rather than resolve the human crisis. In our time, organized religion has become irrelevant to the very questions it formerly addressed.

There is no conflict between science and religion, if they are understood differently. Both the religious mind and scientific mind have a crucial place in the whole of human life. They belong to different, inter-penetrating dimensions of being, infusing the mind and heart of the questioning and questing individual with insight.

The religious mind, stripped of belief, is primary, since science has insights, while the silent mind in meditation is alight with insight.