Michael Flynn: A Timeline of His Rise and Fall

World News – The stunning fall of President Donald Trump’s national security adviser, Michael Flynn, has raised questions about who knew what and when about Flynn’s conversation with a Russian diplomat that included discussion of U.S. sanctions. Here’s a look at the timeline: 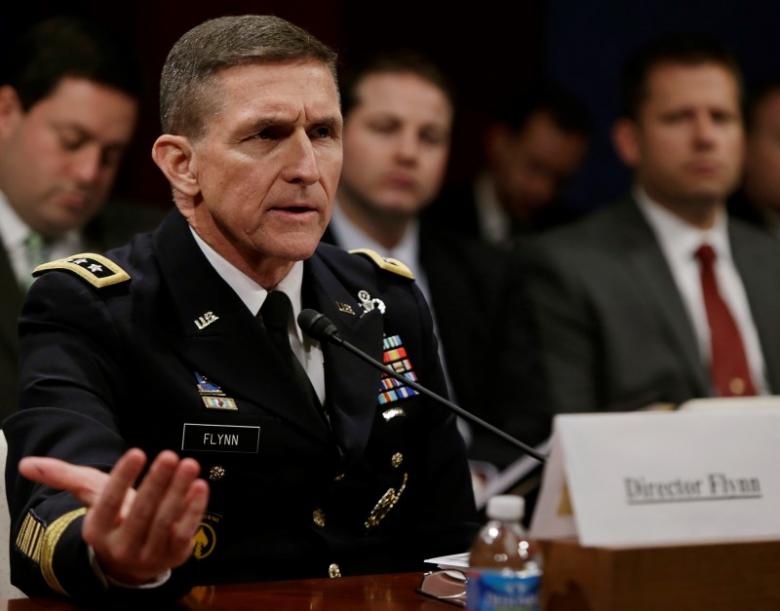 Summer 2015 — Flynn first meets Trump, according to an interview he gave to the Washington Post.

Dec. 2015 — Flynn took a paid trip to Russia and appeared at a gala for RT, the state-run TV station, where he dined with Russian President Vladimir Putin.

Dec. 30 — Putin says he won’t retaliate for the sanctions and invites children from the U.S. embassy to a Christmas party. Trump then praises Putin in a tweet.

Sometime after Dec. 30 — The FBI reviews intercepts and finds the Flynn-Kislyak conversation. The matter gets folded into the FBI’s ongoing probe into Russian election-related hacking and related issues.

Jan. 13 — Trump spokesman Sean Spicer says Flynn did not discuss sanctions with the ambassador and the purpose of the call was to schedule a time for Trump and Putin to speak post-inauguration.

Jan. 15 — Vice President Mike Pence tells CBS’s “Face the Nation” that sanctions were not discussed: “It was strictly coincidental that they had a conversation. They did not discuss anything having to do with the United States’ decision to expel diplomats or impose censure against Russia.”

Jan. 23 — At Spicer’s first White House press briefing, he says that Flynn assured him the night before that the Flynn-Kislyak call did not involve sanctions. The subject, Spicer says, was a plane crash over the holiday, Christmas greetings, a potential conference in Syria on ISIS, and scheduling a call with Putin.

Feb. 9 — The Washington Post reports that Flynn, according to current and former U.S. officials, did discuss sanctions with the Russian ambassador. Officials confirm the content of the discussion to NBC News.

Feb. 10 — A spokesperson for Flynn tells NBC News that Flynn “can’t be 100 percent sure,” but doesn’t remember talking sanctions. Trump denies knowledge of the reports that Flynn and the Russian talked sanctions. “I don’t know about it. I haven’t seen it. What report is that?” he tells reporters.

Feb. 13 — Trump adviser Kellyanne Conway tells NBC News that Flynn has the full confidence of the president. Moments later, Spicer says Trump is evaluating the situation. Hours after that, Flynn resigns, saying he “inadvertently briefed the Vice President Elect and others with incomplete information regarding my phone calls with the Russian Ambassador.”

Have You Visited The 10 Most Haunted Places?

The Truth About Shipping a Car or Motorcycle to Costa Rica