Have You Visited The 10 Most Haunted Places?

Have you been to Elk Grove, and have you visited the haunted places that are in the area? If not perhaps you can visit to have some ghostly interactions. You can see the 10 Most Haunted Places in Elk Grove at this photo slide: https://www.youtube.com/watch?v=bz7AWlD3jA0&feature=youtu.be
1. Lee/Wightman Historical Site At this site, there was a blacksmith shop; utility/smokehouse built in 1870, tenant house built in 1907; Barn 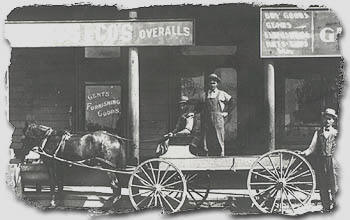 Granary/ Pump House / Harvester Shed built in 1917; Storage Shed. Everything is now destroyed and the only thing standing is the Historical Sign Post that explains the history of the sight. It’s located off Big Horn Blvd. Cross Streets: Big Horn Blvd / Anchor Bay. ACTIVITY: There is a blue orb that is constantly seen at this location. More haunting activity information about this site, can be found here: http://forums.jazmaonline.com/topic.asp?TOPIC_ID=2981

3. Jack E. Hill Park. The most popular ghosts at this park are the CHINESE PHANTOM TRIO. To learn more about the hauntings of this park, go to this article at this link here: http://forums.jazmaonline.com/topic.asp?TOPIC_ID=8109

4. Merwin F. Rose Park. In 2006, 2 men stole a car in Elk Grove. The police were chasing them and they ditched the car. The driver was apprehended, while the passenger kept running. It was about 2 a.m. and the suspect jumped over my backyard fence and into a neighboring home across Frye Creek. The police cornered him at this home. The suspect picked up a ceramic plant container and threw it at the police officer. The police officer shot him dead. I woke up hearing the gunshots and had 2 police officers in my backyard with flashlights turned on. The suspect and his friend would hang out at Merwin F. Rose Park. 3 people in my neighborhood, including my wife Deanna Jaxine Stinson has seen the ghost of this suspect at Merwin F. Rose Park during dusk. He is wearing a hoodie. GHOST IDENTIFIED: THE HOODIE MAN.

5. Railroad Tracks on Big Horn Blvd (dead end road section.) MAN ON HORSE is sometimes seen trotting along the railroad tracks. Here is one report from Dana Mesler: “Around 8pm in July of 2002, I was walking my dog Brownie and I saw a cowboy looking guy sitting on top of his horse and trotting along the railroad tracks. I looked down at my dog, then I looked up and he was gone. I had to see a ghost!”

6. Elk Grove Library. OLD LADY OF THE ELK GROVE LIBRARY is seen sometimes browsing through the books. She wears a gray floppy dress and has straggly gray hair. Don Robinson saw this old lady and approached her and said: “That’s a good UFO book!” The old lady looked at Don and frowned and disappeared in front of him. Don didn’t mention anything about this sighting for 5 years, afraid people would think he was crazy. 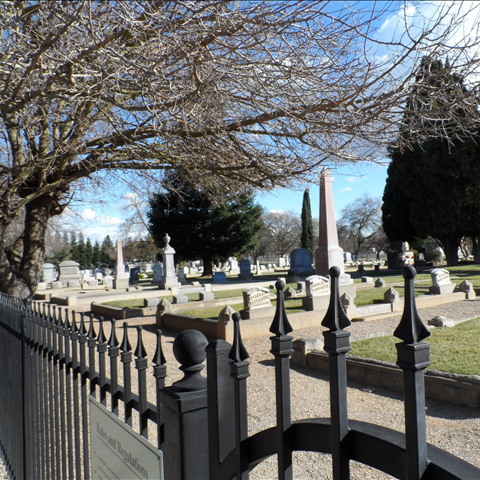 Here are some stories I wrote about the hauntings in the town of Franklin and there are many hauntings:
http://forums.jazmaonline.com/topic.asp?TOPIC_ID=7150
http://forums.jazmaonline.com/topic.asp?TOPIC_ID=619
While the ghost of GUNSLINGER CALVIN COLT haunts the town of Franklin, you also have 4 cemeteries to check out. THE LADY IN THE BLUE GOWN haunts Elk Grove Cosumnes Cemetery, she is seen floating around the cemetery looking for something. At Hilltop Cemetery, the ghostly image of a German Shepherd is seen sniffing the ground and then just disappearing. The story is that a groundskeeper used to bring his dog named Leon to the cemetery while he would cut the grass and trimmed the bushes and Leon loved to roam around the cemetery on his own. When Leon died, he went back to the cemetery that he loved so much. GHOST DOG IDENTIFIED: LEON. Franklin Cemetery has a notable buried there from the Lewis & Clark Expedition. East Lawn Elk Grove Memorial, many ghosthunters have captured strange shadow anomalies in their photographs. Three psychics have detected my mother Rosemarie Roberts hanging around. My mother has been sighted at my own home and seen walking down the hallway by my dad in her former home in Greenhaven. My mother was familiar with this cemetery, so it would seem to me that she would hang around to see who is visiting her grave. My mother would claim that she had psychic abilities.

8. Love Junky Boutique (Old Building). PIG TAILS is a little girl that is sometimes seen looking out of one of the windows of this old building and has been seen in the back of the building playing marbles. She is a little girl with brown hair and she has her hair done in pig tails. Three people at the former Elk Grove Brewery claim that they have seen her and she will vanish in front of their eyes.

9. Lola Lounge – Building established in 1885. Used to be a General Store and Restaurant and Bar. It was also known as the Elk Grove Brewery and I conducted an investigation there, here is the story:
http://forums.jazmaonline.com/topic.asp?TOPIC_ID=525

10. School of Rock – Used to be the building for the Independent Order of Odd Fellows – Elk Grove. 1st meeting for IOOF was on May 2, 1888. The original building burned down on July 7, 1892. Michael Jay Terrence says that he once was on one of the top floors and saw 3 men that looked like they had melted skin. Possible victims of the fire in 1892? GHOSTS IDENTIFIED: THREE BURNED MEN.

The Tico Elvis Will be Performing This Wednesday

Michael Flynn: A Timeline of His Rise and Fall