Memory and the Ecstasy of the Present

Five horses, led by a woman with small boy sitting behind her, his pony tethered to her horse, traipse by on the narrow path. Each of the other horses has one or two children in the saddle. One little boy follows behind, carrying a rope and comically calling to the others to wait for him. 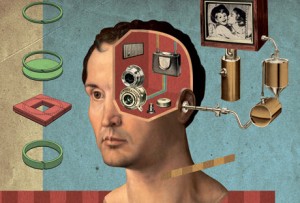 The picnic site affords a half-mile view down a remarkably straight section of the swollen creek. I sit and watch the outer and inner movement without division or direction until the familiar place becomes unfamiliar. In the opaque sunlight of a gray day, the stream is suddenly a silvery ribbon of mercurial movement.

With passively intense observation, the familiar, which is the known, yields to awareness and attention. Meditation doesn’t truly begin until the observer, time, and thought end, though it is also the ending of that whole movement.

Familiarity is the known, and it is barren ground. In one sense, meditation simply means the capacity to observe with young eyes, and see nature and the world afresh. The body ages, but the mind need not grow old in its accretions of memory. However one has to learn how to delete the unnecessary files.

Why, you may ask, would anyone want to delete his or her memories? Don’t our memories make us who we are? Don’t we want to create more memories (good ones of course)?

There are many reasons that deleting unnecessary memories is essential. For one thing, memories take up space and prevent the brain from seeing anew, and remaining young in mind and heart. Memories are material, and our brains become clogged with them as we age.

Indeed, there is nothing more important to the awakening of the individual and the advancement of the human race than

a working understanding of the place of memory, and how to delete unnecessary memories. But how can useless memories (good or bad) be deleted?

It’s simple, but not easy. When an irrelevant memory pops up, as an unrelated association of the past to the present, stop, hold the eyes still, and intensely watch the memory unfold for a few seconds. Don’t judge, analyze, or do anything! Then the memory is either extinguished, or at the very least its strength is lessened, and space opens in the mind to see things afresh.

From neuroscientists to talk show hosts, there’s a lot of talk about the brain lately. That shows two things—that our brains are under threat, and that insight, which doesn’t come from these sources, isn’t penetrating through our thick skulls (and I include my own sometimes).

CNN’s guru, Deepak Chopra, dressed in de rigueur mourning black and wearing his bejeweled glasses, was on Sanjay Gupta’s show recently giving people the benefit of his wisdom. Or rather, he was plugging his new book, “Deep Brain.” An exemplar of spiritual marketing, Chopra is deeply misleading people about how to have a healthy brain, much less an inner life.

There was a strange exchange between the two Americanized Indians. Gupta cited a study purporting to show that people who keep lists suffer (his word) some loss of memory, evidenced by a diminishment in the ability to retain bits of information. Chopra agreed, saying that we need to exercise the brain’s ability to recall things. Au contraire!

Most people think they ARE their memories, but that view has always perplexed me. Computers are their memories, not human beings. Besides, you’ll notice that when one is actually experiencing something, memory is not operating, or only operating functionally. 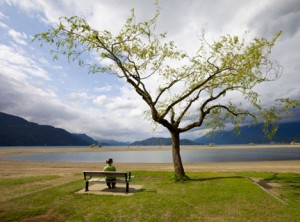 We all know people who have so many memories and such a strong habit of associating present events with past remembrances that they’re almost impossible to talk to at times. To my mind, it isn’t a matter of having no psychological memory (though that may be illumination), but of giving primacy to listening and space, which an emphasis on memory prevents us from doing.

More to the point, psychological memory is antithetical to being and religious experiencing. Indeed, to the extent one remembers previous experiences of higher states of consciousness, that very memory becomes the greatest impediment to experiencing transcendence again.

Nevertheless, I do recall some vivid experiences of altered states, such as when a meditation on the Merced River outside the Central Valley town where I was living became so intense that there were only functional memories, like how to drive the car, and the route back. It may seem like a horror to you, but it was actually an ecstasy of the present.

Could I, or any ordinary person live in such a state? Not to that degree continuously perhaps, though such ‘experiencings’ (as opposed to experiences, which form the basis of psychological memory), are why we’re here I feel.

But don’t psychological memories form the basis of our identities? If so, who would want even a portion of them erased?

Though symbol and memory are the basis of consciousness as man has known it for tens of thousands of years, this consciousness has become disorder and darkness.

Do Not Drink and Drive to Fiestas Palmares!