If you come to Costa Rica to retire and learn to speak Spanish there is a good chance that your mind if going to stay sharper as you age, but start early. Wondering how to stay agile as you grow older? Simple. The answer lies in practicing bilingualism from a young age. 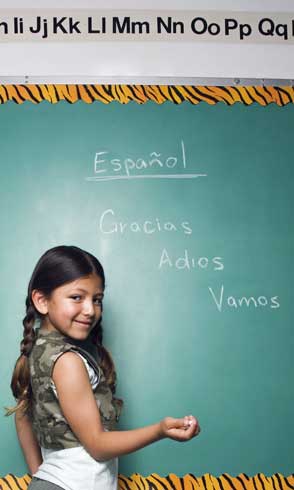 Though the theory behind bilingualism and a sharp brain is nothing new, a new study published Tuesday in the Journal of Neuroscience shows that older subjects who are in the habit of speaking two languages use less energy as they alternate between mental tasks.

Seniors who spoke two languages ever since childhood are faster than monolinguists in processing tasks as lifelong bilinguals show different patterns of brain activity when making the switch, ScienceDaily has reported.

The study comprised two experiments that included 110 adults between 60 and 68 years of age, who underwent brain imaging test in addition to cognitive flexibility test. While both monolingual and bilingual participants were able to complete the tasks, the ones who were bilingual were able to do so quickly.

The current study findings suggest that bilingual seniors use their brains more efficiently than monolingual seniors, study author Brian Gold of the University Of Kentucky College Of Medicine said in a news release from the journal.

Even young bilingual and monolingual adults were reportedly tested and it was found that among the young participants, those who were bilingual did not switch from one task to another more quickly and did not have different patterns of brain activity.

John Woodard, an aging expert from Wayne State University in Detroit, who was not involved in the current study, stated in a news release: “This study provides some of the first evidence of an association between a particular cognitively [mentally] stimulating activity — in this case, speaking multiple languages on a daily basis — and brain function,” according to the USNews.

The study is yet to prove a cause-and-effect relationship though it does establish an association between the brain activity in seniors and language skills.

Memory and the Ecstasy of the Present