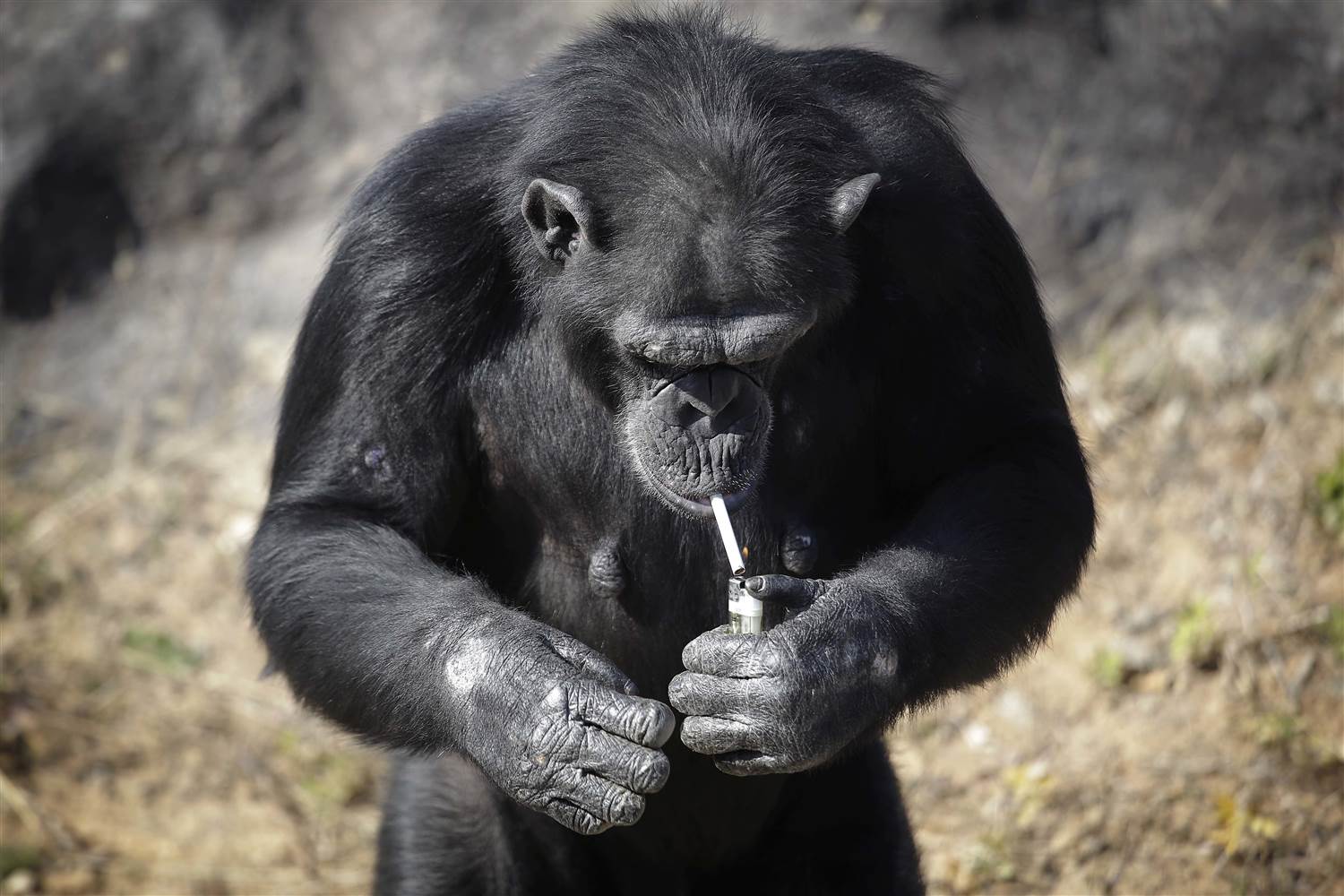 According to officials at the newly renovated zoo, which has become a favorite leisure spot in the North Korean capital since it re-opened in July, the 19-year-old female chimpanzee, whose name in Korean is “Dallae,” smokes about a pack a day. Dallae is short for azalea.

They insist, however, she doesn’t inhale.

Thrown a lighter by a zoo trainer, the chimpanzee lights her own cigarettes. If a lighter isn’t available, she can light up from lit cigarette if one is tossed her way.

Though such a sight would draw outrage in many other locales, it seemed to delight visitors who roared with laughter on Wednesday as the chimpanzee, one of two at the zoo, sat puffing away as her trainer egged her on.

The trainer also prompted her to touch her nose, bow thank you and do a simple dance.

The zoo is pulling in thousands of visitors a day with a slew of attractions ranging from such typical fare as elephants, giraffes, penguins and monkeys to a high-tech natural history museum with displays showing the origins of the solar system and the evolution of life on Earth.

Another of the most popular attractions that might come as a surprise to foreign visitors is the dog pavilion, which has everything from German shepherds to Shih Tsus.

The zoo also has performances featuring other animals trained to do tricks, including a monkey that slam dunks basketballs, dogs trained to appear as though they can do addition on subtraction on an abacus and doves that fly around and land on a woman skating on an indoor stage.

Renovations for the new zoo began in 2014, as part of North Korean leader Kim Jong Un’s efforts to create more modern and impressive structures and leisure centers around the capital.

The zoo actually dates back to 1959, when Kim Il Sung, the nation’s first leader and the grandfather of Kim Jong Un, ordered it built on the outskirts of the city.

According to its official history, the zoo started off with only 50 badgers.

Who Won the Costa Rica Uber Versus Taxi War?