Costa Rica Entertainment News – Karina Ramos was an obvious candidate for the Miss Costa Rica 2014 pageant winner. She was crowned on Friday May 30th of this year and has since been the target of criticism on social media sites. Karina however has decided to ignore the comments and just be herself. 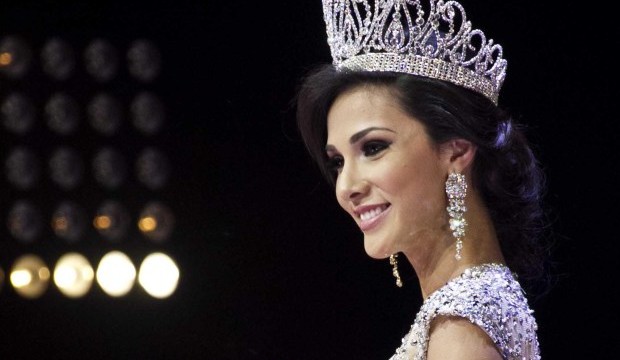 You never know what will happen in these beauty pageants and Karina was very relieved when she was chosen.  Anxious to know what place she held on the scoreboard, she texted many friends after the bathing suit part of the competition, but no one responded. It wasn’t until another contestant told her that she was in first place that she relaxed a bit.

Although this 20 year old Public Relations major from Curridabat didn’t think of becoming Miss Costa Rica in the past, Karina’s modeling career helped her to get to where she is now. She could barely wear heels 4 years ago, and now she is committed to being a perfect representative of her country.

Karina says that studying past competitors’ answers to the quiz questions and continuing to have strong morals helped her to win the pageant.

Karina describes herself as a very strong, kind and hard working person. Along with completing her role of Miss Costa Rica 2014, she aspires to make the top 5 in the upcoming Miss Universe pageant.

She believes that there are many international projects worth working on and is determined to make Costa Rica stick out in the beauty realm.