Man Sues Wife After He Sees Her Without Make-Up

Funny News – What would you do if you finally saw your wife without make-up and you did not find her attractive anymore? The bride kept her real face hidden before the big day, much to the astonishment of her new groom who thought she was a thief. 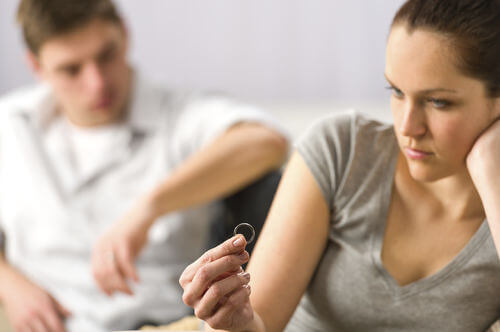 Make-up is meant to make people look better, but one new groom got such a shock about the bare-faced appearance of his bride that he is allegedly suing her for fraud.

The anonymous man, who married his new wife in all her finery, apparently saw her in his room after the wedding and refused to believe that she was his wifewithout her make-up on.

Reports from Algeria, where the marriage took place, have stated that the bride was never without her make-up before the big day.

He was so stunned when he saw her face her reportedly said he thought she was “thief who came to steal his apartment”.

A court source told Emirates 247: “The groom told the judge that he could not recognise his wife after she washed the make-up off her face.

“He said he was deceived by her as she used to fill up her face with make-up before their marriage.

“He said she looked very beautiful and attractive before their marriage, but when he woke up in the morning and found that she had washed the make-up off her face, he was frightened as he thought she was a thief.

I do not think they will be married very much longer.

BY KIRSTIE MCCRUM, The Mirror

A Week of Beautiful Weather in Costa Rica During “Green Season”

Ghost Hunting; A Haunting in The Nut Tree Restaurant