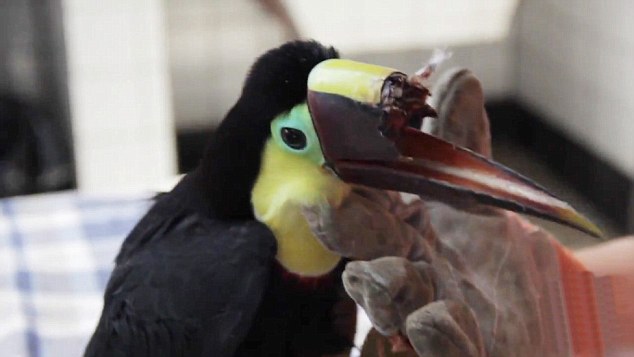 These pictures show the horrendous injury suffered by a toucan after it was attacked by teenage thugs with sticks in Costa Rica.

The beautifully-coloured bird had almost the entire top part of its beak smashed off before being left for dead by the cold-hearted gang.

After pictures of the keel-billed toucan’s injury began to circulate online – many on social media demanded the authorities to do more to track down those responsible for the attack and arrest them.

The toucan was taken to a local vet clinic after the attack and it is hoped that a prosthetic could be used to replace the part of the beak that was broken off.

According to veterinary staff, the magnificent bird was rescued after being repeatedly hit by a group of young men – who laughed throughout the ordeal.

It is currently receiving care at the Animal Rescue Centre ZooAve in the city of Alajuela, in the central Costa Rican province of the same name.

Vet Silo Hurtado Pina said: ‘We are exploring the possibility of giving it a prosthesis but even if that is successful it’s unlikely it will ever be able to leave the sanctuary.

‘At the moment it is having to be fed by hand and can’t even drink by itself.’

Many are calling on the authorities to act but a spokesman of the local Animal Protection Association, Maria Angelica Ortega, pointed out that there was no law in Costa Rica under which this kind of action can be punished.

She said that first the government must make it illegal to mistreat animals.

She added that they had received generous donations towards treatment of the bird and they were confident that it would be possible to provide it with a prosthesis to give it a semblance of normal life.

By JACK CRONE FOR MAILONLINE 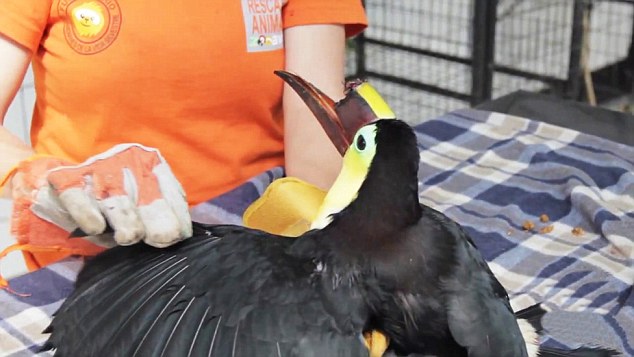 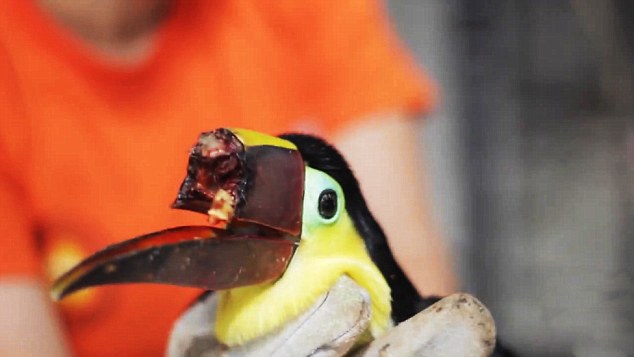 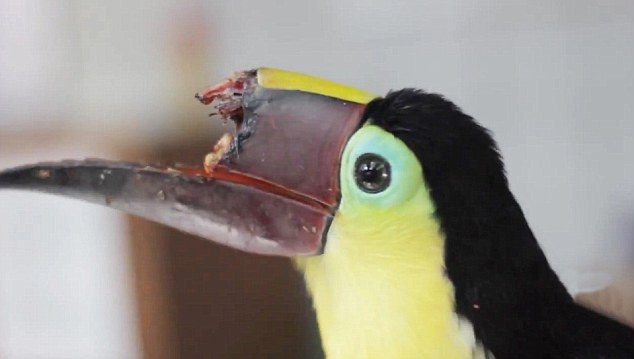