The low prices offered by Panamanian businesses not only in clothing, tennis shoes and appliances, but now also in food and fuel, are causing layoffs in retail outlets on the Costa Rican side of the border. In Ciudad Neily, for example, some supermarkets and decreased by 30% its staff. 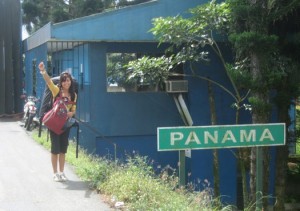 The situation worsened recently over a year, when he opened a large business in the strip of land, on the Panamanian side, called City Mall

It was the first to feature a section on groceries, meats, vegetables and fruits, apart from the traditional line of clothes, shoes, appliances and more. Also, put inside a McDonald’s restaurant, the first in the area.

Before this situation, the traditional store was remodeled and enlarged Jerusalem to make way for the Jerusalem Mall

This also opened the sale of food and set up a Burger King and a Subway in your building.

By way of Panama, the two trade offer very competitive prices on food, including products manufactured in Costa Rica, said Paul Valle, president of the Civic Committee of Paso Canoas.

The fuel price is another reason to prefer Ticos go shopping across the border. In this sector, there are three stations where Panamanian plus a gallon of gasoline is $ 3.78 (about ¢ 1,928), while in Costa Rica is the price of ¢ 2,427.

Imam border trade affects not only Paso Canoas and nearby towns such as Little Crow and Ciudad Neily, but further afield as San Vito (Coto Brus), Rio Claro, Golfito, Palmar and Buenos Aires.

This was said Valle, who agreed with Murillo Minor traders, supermarkets The Sun, in Buenos Aires, Ronald Ruiz, hotel, cabins and hardware Romy, in Paso Canoas, Alfredo Rojas, the super El Rodeo in Little Crow, Minor Loaiza Vice President of the Chamber of Commerce of the south, and Milena Wolf, Wolf Ferretero South in Ciudad Neily.

Estimated Loaiza trade, especially of food and ironmonger, sales decreased by 50% in just over a year. Apart from competition for low prices, adding that the movement of goods are for free at the border.

Rowland Espinosa, Deputy Minister of Finance, said the southern border poses a very difficult problem.Therefore, he added, are conducting research and preparing a special program of monitoring and control products.

Figueres’ Plan is an Invitation to Give Ideas

US Tax Evasion and Raids at Hotel Cocal and Casino in Jaco, Costa Rica

It just goes to show us here in Costa Rica the collective WE are pricing ourselves out of business. Lady Laura and her Diputados have taxed the hell out of the Tico’s here. Wake up and downsize government and the corruption. Lower our prices and tax burden.