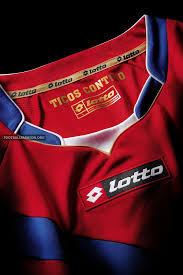 It is a rare triumph for a smaller kitmaker of an ilk that has been increasingly squeezed out of the World Cup with major brands such as Nike, Adidas and Puma paying millions to hog the stage at the world’s most watched sporting event. Lotto is struggling to keep up with demand and says an extra 50,000 shirts have been sold since Costa Rica won their opening game against Uruguay. At Fifa’s online store the red home strip is no longer available in the usual short sleeves.

“We are now having trouble organising some fast production to let everyone have this shirt that will become a memory of a historic achievement,” Lotto’s president, Andrea Tomat, told Reuters in an interview. Out of 32 teams at this World Cup, Costa Rica is one of just five not to have their shirts made by Nike, Adidas or Puma. It is also the only team to make the last eight so far not sponsored by Adidas or Nike.

“We have far less resources than the major brands … so we have to work with someone that can be an underdog, someone that can come from behind and has something a little special,” Tomat said.

With a population of less than five million, Costa Rica is one of the smallest countries left in the tournament and their progress has captured the world’s imagination. Before the tournament the odds of Costa Rica winning the Cup were 4,000 to 1. They have now narrowed to 33-1, according to website Oddschecker.com.

Lotto began its relationship with Costa Rica in 1990, when Los Ticos got through to the last 16 of the World Cup despite having a number of amateur players. When asked where a Costa Rica shirt could still be bought, Tomat laughs.

“It will not be so easy now … I have even been told by my people that I can’t give any away because they have very few.”

Google Complying With ‘Right to Be Forgotten’ Rules in Europe